When the recent ministerial list was released and the name of Prof. Isaac Adewole, the immediate past minister of health, was conspicuously missing, the question, “How will Adewole’s tenure as health minister be remembered?” became a subject of discussion between some journalist colleagues and me.

Unsurprisingly, the comments and opinions about his tenure were reduced to two incidents that occurred within the period. The first was the humiliation he suffered when he suspended the immediate past Executive Secretary of NHIS, Prof. Usman Yusuf, who had been accused of corruption and other infractions, but the suspension was overruled by the president.

That the president overruled the suspension without consultation with the minister was a serious humiliation for the man, especially at a time when it was being rumoured that the NHIS executive secretary had been disrespectful to him and challenging his authority. It had been a clear case of insubordination.

That the minister took this public mortification and continued in office was not only a bad public relation for the Buhari administration but also portrayed the minister in a negative light. What made it worse was that the minister actually tried to remove the NHIS executive secretary twice. The second time was when he allegedly appended his signature to a suspension letter initiated by the Board of NHIS for the suspension of Yusuf and was again overruled by the president.

Taking this public upbraiding by the president was a very low point of Adewole’s tenure as minister. However, with the benefit of hindsight, his options were limited, actually. He had to accept the president’s decision or resign. That he settled for the former put the distinguished professor of obstetrics and gynaecology in the same jacket with the regular politician who will take any filth just to remain in office or stay relevant.

The second major incident of Adewole’s administration also discussed was his response to a reporter’s question on what he was going to do to resolve the problems doctors were having in getting into residency programmes. The minister had responded that not all doctors would be specialists and that some would be tailors and farmers. He added, perhaps tongue-in-cheek, that the maker of his gowns was a doctor and that he made the best gown.

Adewole’s response had been quite disappointing because the question had not been about whether all those who studied Medicine should be doctors but what he was going to do to solve the problems of those who wanted to be specialists and thus needed residency. That he was asking them to be tailors and farmers was quite uncharitable and unthoughtful, especially when the doctor-to-patient ratio is still about one doctor to 6000 patients, which is far below WHO’s recommendation of one doctor to 600 patients.

While it must be noted that Adewole tried his best in helping to rid the nation of polio, tackle the malaria pandemic and in securing some beneficial bilateral agreements with development-partners, especially in the area of immunisation, it is debatable if he actually left the health sector better than he met it. 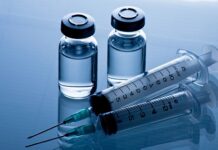