A major troubled area of healthcare delivery in Nigeria is the lack of sanctity for the drug supply chain, which has allowed many people who should have no business handling drugs to become purveyors of the sensitive commodities, President, Pharmaceutical Society of Nigeria (PSN), Pharm. (Mazi) Sam Ohuabunwa has said.

Ohuabunwa made the observation while speaking at his inauguration ceremony as PSN helmsman, held at the Congress Hall of Transcorp Hilton Hotel, Abuja, recently. 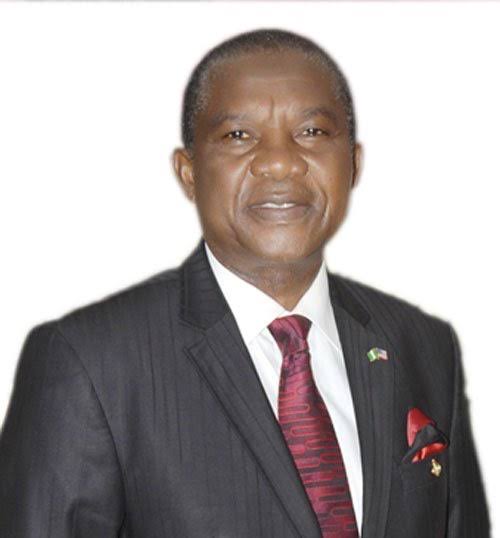 Addressing the large number of distinguished Nigerians who graced the  occasion, Ohuabunwa said that all kinds of miscreants and interlopers were visiting mayhem on Nigerian drug consumers by making controlled drugs freely available, noting that this significantly contributes to the high rate of drug misuse and abuse, as well as the resultant morbidities and mortalities, in the country.

The PSN president while noting that it is inappropriate for Nigerians to get their drugs from open market stalls, buses, kiosks and even now in bars and night clubs, without care for temperature or humidity, bemoaned that the role of the pharmacist as the custodian of drugs has been compromised by the actions and inactions of the government and its agencies.

Ohuabunwa noted that despite the best efforts of NAFDAC, the prevalence of fake drugs remains high and many patients and drug users have been dispatched to their early graves because of unauthorised access and use of drugs, adding that the increase in drug resistance and failures, as well as the rise in end-organ diseases, particularly kidney failure, may not be unconnected with drug abuse.

Mazi Ohuabunwa stated that his mission as PSN president is to work with governments, professional healthcare colleagues and all men of goodwill in the country to bring sanctity to the pharmaceutical space, noting that Nigerians must be made to understand that drugs are two-edged swords that can heal or kill, depending on how they are used, and are not just mere items of commerce as some traders see them.

He reiterated that the pharmacist must be given his central place as the safeguard, who ensures that drugs only heal, adding that professional pharmacists must be given greater focus, be better recognised and more competitively rewarded.

The PSN helmsman stated that the vision of his presidency is to enthrone a drug supply system that will link every tablet, every milliliter of syrup, and every ampoule of injection taken or administered to a patient in Nigeria to a pharmacist, stressing that pharmacists must now be obligated full responsibility for every single medicine produced or imported into the country and must monitor its movement until it is consumed and the intended outcome achieved.

“We must ring-fence the system. That is the way to protect the integrity of medicines and ensure that Nigerian drug consumers get the best out of their prescribed or recommended medicines. It thus becomes imperative that we must strengthen drug control laws and empower the Pharmacists Council of Nigeria (PCN) and the National Agency for Food and Drugs  Administration and Control (NAFDAC)”, he said.

Ohuabunwa reiterated that the most critical step right now is for the Nigerian president to sign the new Pharmacy Council Bill, enacted by the National Assembly, into law, saying that this singular action will signpost the avowed commitment of the government to sanitise the pharmaceutical space, adding that the PSN is also committed to working with all stakeholders to ensure the full implementation of the National Drug Distribution Guidelines.

The PSN president pledged that pharmacists are ready to work with ministries of health and sister professional groups to remake a healthcare team that will be united in undiluted focus on the utmost well-being of the patient and restore confidence in the Nigeria’s  healthcare system, while reducing the embarrassingly high level of medical tourism plaguing the country.