Pears are valuable fruits that have been widely used and savoured for their delicious flavour since ancient times. Beyond being a tasty addition to the diet, pears are also packed with nutrients and nutritional value. Pears are full of fiber, a crucial nutrient for your skin. “Fiber slows the release of sugar into your blood, a good thing because repeated sugar spikes can damage collagen, a protein that keeps your complexion plump and smooth. It is also refers to as an anti-aging fruit which gives your skin a big beauty boost, whether you eat it or apply it! 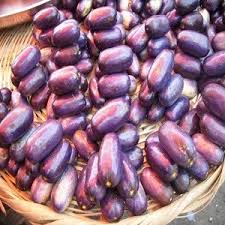 Pears have earned very special recognition. Researchers now know that certain flavonoids in food can improve insulin sensitivity, and of special interest in this area have been three groups of flavonoids (flavonols, flavan-3-ols, and anthocyanins). All pears contain flavonoids falling within the first two groups, and red-skinned pears contain anthocyanins as well. Intake of these flavonoid groups has been associated with decreased risk of type 2 diabetes in both women and men. However, a new analysis of the Nurses’ Health Study has shown that among all fruits and vegetables analyzed for their flavonoid content, the combination of apples/pears showed the most consistent ability to lower risk of type 2 diabetes.

Recent studies have shown that the skin of pears contains at least three to four times as many phenolic phytonutrients as the flesh. These phytonutrients include antioxidant, anti-inflammatory flavonoids, and potentially anti-cancer phytonutrients like cinnamic acids. The skin of the pear has also been show to contain about half of the pear’s total dietary fiber.

Pears are an excellent source of dietary fiber, and fiber is good for the heart. Studies have shown that fiber can lower levels of bad cholesterol by binding to bile salts—which are made from cholesterol—and carrying them out of the body. Eating pears can also reduce risk of stroke by up to 50 percent.

Although few studies have been done on the subject, doctors generally consider pears to be a hypoallergenic fruit because they are less likely than other fruits to produce an allergic response when eaten. For this reason, pears are generally considered “safe” and are often one of the first fruits given to infants.

Pears are one of the lowest calorie fruits; an average pear has just over 100 calories, which is 5% of daily calorie allowance of a healthy diet. However, the nutritional supplementation it gives you is immense, and the fiber makes you feel full. Therefore, people trying to lose weight often turn to pears to get the most “bang for their buck”. It is a high-energy, high-nutrient food with a low impact on weight gain and obesity.

Pears are a wonderful source of potassium, which means that pears can have a significant impact on heart health, because potassium is a well-known vasodilator. This means that it lowers blood pressure, which reduces strain to the entire cardiovascular system and makes it harder for clots to form or harm you. Furthermore, it increases blood flow to all parts of the body, which oxygenates the organs and promotes their effective function. Lowering blood pressure is also connected to a lower chance of cardiovascular diseases like atherosclerosis, heart attacks, and strokes.

For patients that suffer from anemia or other mineral deficiencies, pears can be very helpful, due to its content of copper and iron. Copper facilitates and improves the uptake of minerals into the system, and increased levels of iron mean that red blood cell synthesis increases. Iron is an important part of hemoglobin and anemia is another name for iron deficiency. You can prevent fatigue, cognitive malfunction, muscle weakness, and organ system malfunction by consuming foods high in iron and copper, both of which are found in significant amounts in pears.

READ
See The List of Common Herbs For The Treatment Of Ulcers, Flatulence, Others

The high mineral content of pears, which includes magnesium, manganese, phosphorus, calcium, and copper, means that you can reduce bone mineral loss and debilitating conditions like osteoporosis and general weakness of the body due to lack of support from the bones.

One of the most versatile vitamins in the human body is Vitamin A. Pears are high in vitamin A, and its subsequent components, like lutein and zea-xanthin.  They act as an antioxidant as well as participating in a number of enzymatic reactions and organ functions, pears can reduce the effects of aging on the skin, like wrinkles and age spots. This powerful fruit can also reduce hair loss, macular degeneration, cataracts, and various other conditions associated with the aging process.