Arguments for a return to the use of local and indigenous cosmetics of our land received a big boost on Tuesday, when medical scientists converged at the main hall of the Nigerian Institute of Medical Research (NIMR) Yaba, to x-ray the negative impacts of chemical exposures from cosmetics and personal care products on the health of Nigerians.

Asserting that no one is free from the dangerous chemical exposures from these beauty products and other personal care effects like body creams, soaps, powders, perfumes, toothpastes and others, which are being used by old and young, the researchers listed the health implications of such unsafe exposures to include: cancer, hypertension, diabetes, organ system toxicity, endocrine disruption, skin absorption, respiratory tract irritation, eye and lung irritation, irreversible stretch marks, kidney and liver damage, speech and hair impairment, severe dermatitis, among others.

Delivering a special public lecture titled: “The overview of the impact of chemical exposures from cosmetics and personal care products”, Dr Chidinma Gab-Okafor, a public health practitioner, from the department of Biochemistry and Nutrition, NIMR, called the attention of the audience to the inherent dangers in the usage of cosmetics without the knowledge of the ingredients they are made of.

The public health practitioner, who expressed her major concerns for infants and unborn babies, who are victims of their mothers’ ignorance act, in exposing them through the use of unverified products, urged mothers and all women to always read the labels on their infants products before purchasing them.

Having said that, she however revealed her worries in the current legislation provided by regulatory bodies in the country, stating that they do not require manufacturers to disclose for instance, public safety of fragrance ingredients, which is contrary to what obtains in developed countries like the United States.

While cautioning participants to beware even of the amount of fragrance they inhale from products, she said “ ‘Fragrance’, can contain dozens, even hundreds of chemicals as fragrance manufacturer claim that the specific chemical used to create their scents are confidential business information or “trade secrets” a concept originally codified in the 1996 Federal Fair Packaging and Labelling Act”.

Fielding questions from journalists after the lecture, the Director General, NIMR, Prof. Babatunde Salako noted that the essence of the lecture was to create awareness among the populace that most of the things that they use, cream, soap, toothpaste, perfume, powder, may be containing unsafe substances, either as contaminants or as part of chemicals used in their preparations; some of the which can be dangerous to the body, sometimes as bad as cancers, kidney diseases and others.

READ
Over 200 Patent Medicine Stores, Pharmacies sealed off in Ekiti

“These are things that may not occur in the early stage of using them. Over the years, there are cumulative effects. I believe the essence of the lecture is to reawaken the interest of regulatory agencies who are in charge of ensuring standards in the production of these items to ensure that these contaminants or chemicals that they use are either on the minimally acceptable level and where they should not be there at all, they are to ensure they are not there.

”The other issue is to create awareness among researchers that there are public health issues they need to pay more attention to rather than running after highfalutin issues. More importantly, to see if they can come together to bring out a safe material they are already use to as natural product”, he stressed. 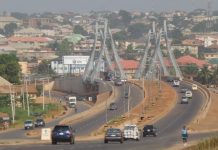