As part of efforts to reduce maternal mortality in the country, traditional birth attendants (TBA) have been charged to encourage pregnant women in their communities to go for regular antenatal check-ups, as well as patronise only registered health facilities for their deliveries.

The call was recently made by the Vice President of Livewell Initiative, Pharm. (Mrs) Bisi Bright, while speaking at the sensitisation programme for the Faith Based and Traditional Birth Attendants, Ikosi/Isheri Local Council Development area, as part of activities marking the 2014 Association of Lady Pharmacists (ALPs), Lagos State Chapter, Day.

Bright, who was a guest speaker at the event, held at the Ikosi/Ketu LGA Primary School, Ketu, explained that the TBA should realise that they were free to practise, for as long as they were aware of their limits and willing to work with the qualified health officials.

She added, by way of example, that a traditional birth attendant had no business attending to a woman that had undergone caesarean section, adding that “a woman that is hypertensive, a woman that has never given birth and a woman that has had more than five pregnancies are high risk patients and should be attended to by an expert.”

According to the Livewell VP, about145 women die in Nigeria daily, due to pregnancy-related complications. She therefore urged the TBA toen roll for further professional training, which would enhance their effectiveness and competitiveness.

Earlier in her welcome address at the event, Pharm. (Mrs) Modupe Ologunagba, chairperson of ALPs, Lagos, hinted that the reason for the annual “ALPs Day” was to create additional avenue for acquainting the public with the vital roles of lady pharmacists in healthcare delivery and social developmental work, adding that the group was delighted to celebrate the 2014 edition with the grassroots maternal caregivers in Kosofe Local Government of Lagos State.

Ologunagba also noted that the reason for picking out the traditional care givers was based on ALPs concern and desire for improvement in the country’s health indices, especially as regards maternal and child mortality.

“The current global trend in healthcare practice is collaboration and it is in this regard that we seek to promote this trend through the invitation of other stakeholders such as female medical doctors, community pharmacists, medical laboratory scientists, community health volunteers and others in the health care delivery system to the sensitisation programme,” Ologunagba said, adding that “it is our desire that this programme will initiate a change in health care practices in Kosofe Local Government Area and Lagos State, in general.”

While speaking with journalists after the event, Chairman of TBA, Ikosi/Isheri LCDA, Alhaji Rasheed Shodehinde,said the ultimate facilitator of safe delivery is God, noting that both traditional care givers and medical practitioners were mere instruments in his hand.

“What we usually do at our own end whenever we are faced with any complicated case is that we pray to God and we do everything humanly possible to save the lives of the mother and child,” he said.

The veteran traditional birth attendant also noted that the traditional care givers possess some vital skills and experiences that medical doctors may imbibe.

“Imagine if the placenta of the baby comes first and there is severe bleeding, they [medical doctors] will quickly resort to surgery, but all this would have been monitored from the beginning by the traditional birth attendant; however in severe cases, we also refer to the hospital for operation, but that will not be the first option,” he said.

Shodehinde further stated that one of the biggest challenges facing the association was unhealthy competition and discrimination from some medical practitioners. 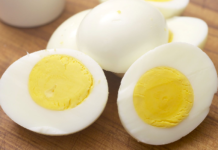 An Egg per Day Could Keep Stroke Away 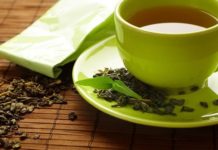