The Association of Community Pharmacists of Nigeria (ACPN), has joined other stakeholders in the pharmaceutical industry in calling on the federal government to ensure compliance with the June 2017 deadline for the closure of all open drug markets in the country, saying this will help sanitise the drug distribution system and thus reducing the menace of drug abuse and misuse among the citizens.

ACPN national chairman, Dr Albert Kelong Alkali, made this appeal at a press briefing organised in preparation for this year’s edition of the association’s annual national conference, tagged, “Community Pharmacists Role in Nation Building: Past, Present” and slated to hold in Jos, Plateau State, from 2 to 7 July 2017.

Alkali, who expressed concern on the increasing rate of drug abuse and misuse in the country, especially among the youth, which he said had become the norm as a result of the proliferation of open drug markets, noted that in order to prevent the health and security implication of the anomaly, concerted efforts must be made by all stakeholders, including all healthcare providers, security agencies and the general public, to pr 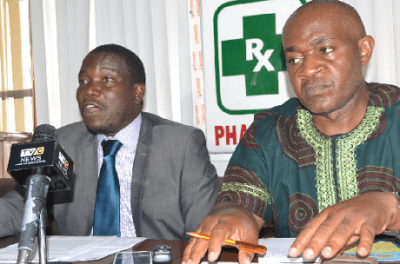 The ACPN boss further disclosed that in order to sensitise the public on the pharmacy neon sign as a mark of where quality pharmaceutical services can be obtained and where the services of a registered pharmacist can be accessed, the association will soon be raiding and removing illegal billboards and neon signs.

Alkali emphasised that the association would not recognise any emblem not issued and documented by it, saying such would be considered illegal as the new emblem carries the serial number of the PSN and any billboard or neon sign bearing a different emblem will be pulled down.

“We have given our members enough time to get this emblem and by the time the period elapses, we will think of the right punishment to be meted out to defaulters,” Alkali said. “Meanwhile, we advise the general public to be on the lookout for the pharmacy emblem whenever they are patronising any pharmacy.”

Speaking further, the ACPN helmsman expressed concern over the high death toll so far recorded this year following the outbreak of cerebral spinal meningitis in some parts of the country, saying the government should be more proactive to prevent a recurrence.

He urged the Federal Ministry of Health to expand the vaccination centres to include community pharmacies and make adequate provisions for vaccines in all health centres across the nation.

Alkali further noted that there is the need for the National Health Insurance Scheme (NHIS) to be more efficient, as well as working with the various states health insurance schemes to guarantee effective service delivery to enrollees by all healthcare providers.