Feeding on fruits and vegetables has got a lot of health benefits for the human system. Although some heavy consumers might regard them less, due to their inability to fill the stomach like other food items, but that has not reduced their potency in anyway.

A new research published in Thorax has found that eating greater quantities of fruits and vegetables can reduce the risk of developing lung disease in humans.

The findings published on Medical News Today stated that the consumption of green leafy vegetables and fruits can lower the risk of developing Chronic Obstructive Pulmonary Disease (COPD) in former and current smokers. 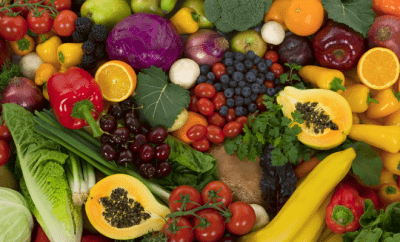 Some earlier studies have found that dietary factors might play a role in COPD. To delve into this question in more detail, a group of researchers tracked the respiratory health of more than 44,000 Swedish men. Aged 45-79 at the start of the trial, the participants were followed for an average of 13.2 years, up to the end of 2012.

Each participant completed a food frequency questionnaire that collated how often they ate 96 different food items in 1997, the first year of the study. Other factors were also collected, including height, weight, education level, physical activity, and alcohol consumption.

The findings revealed that for those eating five portions per day, the equivalent numbers were 546 and 255, respectively. This means that individuals eating five daily servings of fruits and vegetables had a 35 percent reduced risk of developing COPD compared with those eating two or less portions. When the reduction in risk was split into current and former smokers, the percentages were 40 percent and 34 percent, respectively.

READ
Real Reasons You Should Drink Water Every Morning

For instance, increasing their consumption helps reduce cardiovascular risk, maintain a healthy blood pressure, and stave off cancer, to name but a few.

China Locks Down City of 4m People Over COVID-19