Ever since the dreaded coronavirus disease (COVID-19) reared its ugly head in Nigeria, in February, 2020, there has been great trepidation around the country and much frenzy in the health sector, in particular. While the World Health Organisation (WHO) has consistently maintained that the disease is without a cure or vaccine for now, it has however encouraged researchers all over the world to rise to the occasion and use their initiatives to work towards finding a cure for the novel virus, even as the whole world remains expectant with uneasy calm.

However, judging by developments within the past few months, it appears that the continent of Africa has, by default, been excluded from this momentous quest to find a proven remedy for the deadly virus.  Indeed, going by the prevalent attitude of governments, regulatory authorities and policy makers within and outside the continent, it would seem that the possibility of a cure for the disease coming from Africa has been foreclosed right from the outset. Expectedly, not only has this prejudicial predisposition prevented majority of governments on the continent from making any serious financial commitments towards research and development in this regard, but has also made any claim of a breakthrough from individual researchers to be greeted with intrinsic skepticism and, sometimes, disdain. This is very unfortunate for a continent overflowing with a massive collection of medicinal flora and fauna.

When the government of Madagascar announced in April that its Malagasy Institute of Applied Research had found a cure for COVID-19 in the herbal syrup named Covid-Organics (CVO), the initial reaction from leading health authorities globally was to warn people to tread with caution. It was not until after Andry Rajoelina, president of Madagascar, had repeatedly stood by his claims, with practical demonstrations and purported proofs of the drug’s potency, that health authorities and countries, even in Africa, began to take the claims a bit seriously.  The WHO reluctantly agreed to design and conduct clinical trials for the product, while some African countries placed orders to have consignments of the acclaimed remedy sent to them.

Yet, even at that, the predominant attitude towards Covid-Organics was as one dealing with a contraband. For instance, the Economic Community of West African States (ECOWAS) was quick in dissociating itself and the West African Health Organisation (WAHO) from the claim that they ordered Covid-Organics. Similarly, the Nigerian government equally said that the consignment it received was never ordered.

When Nigeria eventually subjected the Malagasy medicine to weeks of testing, both the National Agency for Food and Drugs Administration and Control (NAFDAC) as well as the National Institute for Pharmaceutical Research and Development (NIPRD) declared that the herbal syrup, aside from the proven fact that it was made of 72 per cent Artemisia annua, information on the remaining 28 per cent component of the formula was not available and thus, they could not establish its effectiveness in the treatment of COVID-19.

READ
Tackling the Menace of Anti-vaxxers

Back here, in Nigeria, a couple of academics and herbal medicine practitioners have said they have a cure for the virus. But each of the claims has either been dismissed or taken with a pinch of salt. Maurice Iwu, a professor of Pharmacognosy and president/chief executive officer of Bioresources Development Group (BDG), Abuja; International Centre for Ethnomedicine and Drug Development (InterCEDD), Enugu State; and Bioresources Institute of Nigeria, in Imo State, had, in an interview stated that, besides inhibiting COVID-19, a drug patented by his company also stopped the growth of Ebola Virus Disease (EVD) and dengue fever. Iwu also submitted that the trial of the drug had been registered with the Pan African Clinical Trials Registry. To date, however, nothing has been heard of the drug.

In a similar development, the Chief Executive Officer of Iris Medical Foundation, Dr Paul Ojeih, has come out to say that one of his herbal products, Venedi Elixir, can cure COVID-19. He maintained that persons who had tested positive to the virus should be brought to him so he could treat them and prove the efficacy of his formula. Again, he and his claims seem to have been brushed aside.

Sadly, instead of creating an enabling environment for the likes of Iwu and Ojeih, among others, for their claims to be proven or disproven, the most that the government seems interested in doing is setting up of committees that operate in a very opaque manner. When such committees are not dancing to the tunes of foreign medical and pharmaceutical neo-colonialists, they are caught in the retrogressive web of bureaucratic convolutions.

These discouraging dispositions are very disturbing, to say the least; and they raise so much concern about the possibility of ever finding a cure for the coronavirus – or any other disease outbreak for that matter – in Nigeria or Africa, as a whole. From the look of things, government’s attitude towards indigenous pharmaceutical research and development poses a bigger challenge than the ravaging virus itself.

We therefore call on the Nigeria government to earnestly and proactively engage the relevant health institutes, agencies, researchers and other stakeholders in the country towards seeking ways to come up with a cure or vaccine for COVID-19. With the abundance of medicinal herbs that we are blessed with, nothing stops Africa and, indeed, Nigeria, from finding a cure for this disease. 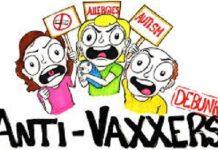 Tackling the Menace of Anti-vaxxers 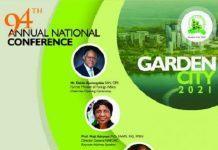