The Nigeria Centre for Disease Control (NCDC) as at 11:55 pm on Friday disclosed that there are 684 new cases of the virus in the country making a total of 23298 persons infected with the disease. 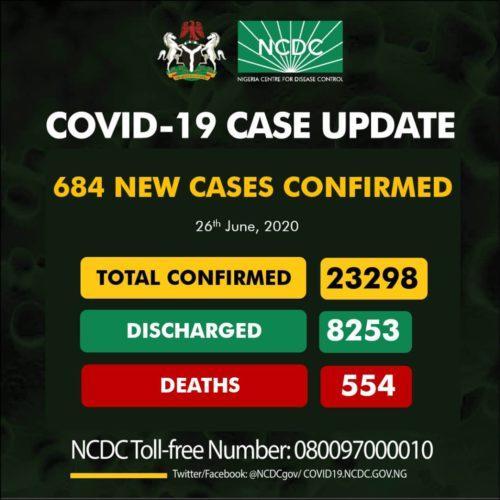 In a tweet posted on Friday evening, the agency said 684 new cases were confirmed in Nigeria:with five deaths

READ
I Test My Brain to be sure it’s still fine — Atueyi, 80-Year-Old Pharmacist

It further stated that; “On the 26th of June 2020, 684 new confirmed cases and 5 deaths were recorded in Nigeria

“No new state has reported a case in the last 24 hours.” It added.