Against all odds and contrary to expectations, Nigeria recently joined a few other African countries to take delivery of its much expected AstraZeneca-Oxford COVID-19 vaccine, manufactured by the Serum Institute of India (SII). On 2 March, the country received 3.94 million doses of the vaccine, shipped by the Vaccines Global Access facility, COVAX, a partnership involving the Coalition for Epidemic Preparedness Innovations (CEPI), the Vaccine Alliance (GAVI), the United Nations International Children’s Emergency Fund (UNICEF) and the World Health Organisation (WHO).

According to a joint statement by National Primary Health Care Development Agency (NPHCDA), WHO and UNICEF, the delivery of the vaccine is part of an overall 16 million doses planned to be delivered to Nigeria in batches over the next months by COVAX. Altogether, the country plans to vaccinate at least 70 per cent of eligible citizens, aged 18 years and above, in four phases within two years. 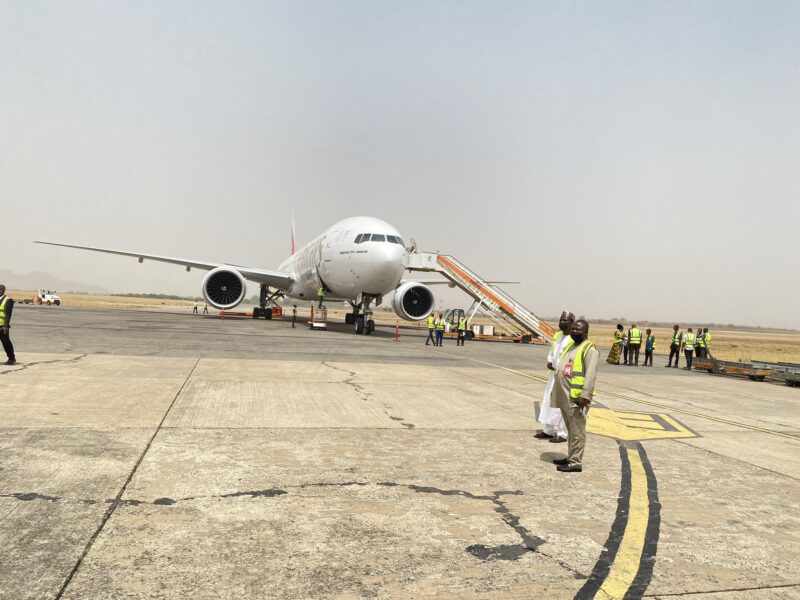 This, indeed, is a timely and momentous development in the fight against the coronavirus disease in the country, especially as evidence has shown that new variants of the virus are spreading across countries on the continent, including Nigeria.  The country has so far recorded over 160,000 infections of the virus and about 2000 deaths. We commend the Nigerian government for its “excellent level of preparedness” – as described by GAVI’s managing director for country programmes – which made it possible for the country to be among the first few to receive the doses from COVAX.

It must be noted, however, that getting the much-needed vaccine into the country is only a part of the battle in curbing the continued spread of the pandemic among Nigerians; the greater battle now lies in ensuring equitable distribution of the vaccine across the country, as well as convincing the populace to submit themselves to the jabs.  It is laudable that the NPHCDA has mapped out a strategy for the vaccination programme, beginning with priority groups, the first on the line being frontline healthcare workers.

The agency has also published a set of guidelines for registering for the vaccination exercise. Curiously, however, the emphasis seems to be more on online registration. This raises a major concern, considering the huge number of people, especially those in the rural areas, who do not have a phone or Internet access. Necessary steps must be taken to ensure that the eligible and vulnerable groups among this segment of the population are not automatically cut off from the lifesaving jabs.

Moreover, while the NPHCDA says it has made provisions for those who do not have access to a phone or the Internet to walk into any of the vaccination sites within their electoral ward for onsite registration, there are still two concerns that must be urgently addressed. One, how many of these sites have been created and can be easily accessed by those who are in dire need of the vaccine across the country? Two, how will the vaccine, which requires special handling, be transported to states that have no airports; or towns and villages that either do not have good road network or whose roads have, for years, been in a state of disrepair? Indeed, many observers are already worried that the vaccine distribution may suffer the same fate as that of the COVID-19 palliatives that were meant for many but ended up being hoarded by a few in high places. This must not be allowed to happen, as it will ultimately jeorpadise the essence of the vaccination.

But equitable distribution aside, there is the greater challenge of prejudices against the vaccine that the government must intensify efforts in expunging so that the purpose of the vaccine – with all the expenses involved – will be achieved. To begin with, it will take concerted efforts by the government at all levels, as well as all other relevant agencies, to convince a segment of the population that has never believed in the existence of COVID-19 to be vaccinated against it. However, even for those who believe in the existence and virulence of the virus, there are several “Jericho walls” of conspiracy theories that must be demolished by concerned stakeholders to make the vaccination exercise a success.

While it is very reassuring that the National Agency for Food and Drug Administration and Control (NAFDAC) has declared the vaccine to be safe for use; and while it is equally instructive that President Muhammadu Buhari and Vice President Yemi Osinbajo allowed themselves to be vaccinated on live TV, the fact still remains that it will take much more effort to remove the cynicism with which many Nigerians are regarding the vaccine. This is especially so as some prominent personalities and opinion leaders are the very ones spearheading such dampening theories.

For instance, one of the state governors has vowed never to allow the vaccine into his state, stating that the jabs are meant to kill and not to save lives. Not only that, a popular politician and former senator recently stated on TV that, of all the COVID-19 vaccines approved by the WHO, the AstraZenec-Oxford version has the lowest percentage of effectiveness and the worst side effects.

With such spurious claims and many more circulating all over the nation, the Nigerian government must deploy all necessary  mechanisms to dismantle the roadblocks of misinformation that are already creating the problem of vaccine hesitancy among the populace.  Government must go about this decisively, as WHO has already cautioned that vaccination hesitancy could be a major barrier to herd immunity. This is imperative because for herd immunity to be achieved in any nation, 70 per cent of the population must be vaccinated, and in a situation whereby a substantial percentage of the population is not in agreement with the government on the vaccination exercise, then there is need for more to be done by those at the helm of affairs.

We hereby call on all well-meaning Nigerians, captains of industry, religious leaders, traditional rulers, opinion leaders, social influencers, parents and guardians, teachers and the media to spread the gospel of the benefits inherent in receiving the COVID-19 vaccine. Nigerians must know that the only way out of the present pandemic and its attendant devastations is to ensure that vaccination is available to all, accessible to all and embraced by all. 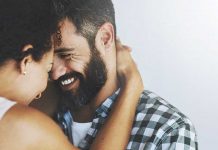 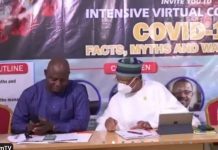