The World Health Orgainsation says that weekly COVID-19 cases in Africa fell by more than 20 per cent, the sharpest seven-day decline in two months as the third wave pandemic tapers off.

Dr. Matshidiso Moeti, WHO Regional Director for Africa, disclosed this during a virtual press conference on Thursday.

Quoting reports, she said that the African continent registered more than 165,000 cases in the week ending Sept. 5, a 23 per cent decline from the previous week.

Moeti said that, however, due to the impact of more transmissible variations, the rate of slowing is slower than in prior rounds. 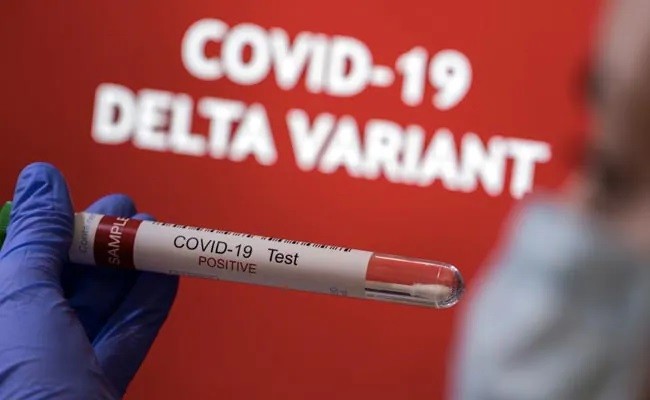 She said that the more contagious Delta variant that partly fuelled the third wave has been dominant in several countries that experienced the COVID-19 surge.

According to her, in Southern Africa, for instance, where more than 4000 COVID-19 genome sequencing data was produced in August.

Moeti said that the Delta variant was detected in over 70 per cent of samples from Botswana, Malawi and South Africa and in over 90 per cent from Zimbabwe.

According to her, while COVID-19 cases have declined appreciably, the downward trend is frustratingly slow due to the lingering effects of the more infectious Delta variant.

“We are spearheading critical work and supporting countries in scaling up pathogen surveillance through genome sequencing to detect and respond effectively to COVID-19 variants.”

She said that in collaboration with the South African National Bioinformatics Institute, WHO was at the forefront of the efforts to set up the Regional Centre of Excellence for Genomic Surveillance and Bioinformatics in Cape Town.

“The centre will support 14 countries before being expanded to serve more countries.

Moeti said that in 2020, WHO and partners established a COVID-19 sequencing laboratory network in Africa which has to date produced nearly 40,000 sequencing data.

“The continent lags far behind the rest of the world when it comes to sequencing, with only one per cent more than three million COVID-19 sequences conducted worldwide occurring in Africa.

“The third wave has shown us how variants can hijack the efforts to tame the pandemic,’’ she said.

According to her, countries must step up surveillance because, without genomic information, variants can spread undetected. You can’t fix what you don’t measure.

Moeti said that WHO has also recently provided financial support to countries, including Eswatini, Sao Tome and Principe and Senegal to reinforce genomic surveillance.

According to her, to date the dominant Delta variant has been detected in 31 African countries, while the Alpha and Beta variants have respectively been identified in 44 and 39 countries.

“The C.1.2 variant, initially identified in South Africa, has so far been detected in 130 cases in 10 countries globally, including five in Africa.

“Although the variant has exhibited concerning mutations, there is no evidence that it is more transmissible or may affect vaccine efficacy, but more research is needed.

“As Africa’s third COVID-19 pandemic wave eases off, vaccine shipments to the continent continue to grow, with around 5.5 million doses received through COVAX in the first week of September,” Moeti said.

She said that however, only around 3 per cent of the continent’s population is fully vaccinated.

“To ultimately tip the scales against this pandemic, our best efforts to reduce transmission through public health measures must be met by a significant step-up in vaccine supplies and vaccinations,” Moeti said