After several years of relentless efforts by many stakeholders in the Nigerian health sector, the country was eventually declared polio-free by the World Health Organisation (WHO) on August 25, 2020. Considering that poliomyelitis, caused by the polio virus, is a crippling and life-threatening disease, it came as no surprise that the then WHO Nigeria Country Representative described the feat as “undoubtedly the greatest public health triumph in the annals of Nigeria and indeed Africa.”

One name that stands out in the list of notable individuals, partners and leaders that supported the government on the journey to the historic achievement is that of Dr (Mrs) Ajoritsedere Awosika, the pioneer national coordinator/chief executive of the National Programme on Immunisation (NPI). So extraordinary was her demonstration of professionalism, courage, dedication and patriotic passion towards ending the polio scourge that she was dubbed the “Margaret Thatcher” of the eradication programme.

To fully appreciate the exceptional roles that Awosika played in the success of the polio campaign, one has to understand the gravity of the task entrusted upon her, the enormity of the hurdles she faced, the acuity with which she inspired her team members and the ingenuity with which she persuaded the target communities to buy into the vision of the immunisation programme.

Some background information is necessary here. Following the Nigerian government’s decision in 1996 to rename the EPI (Expanded Programme on Immunisation) as the National Programme on Immunisation (NPI), to domesticate the programme, the agency was relaunched as a separate government parastatal for greater efficiency. With this renewed commitment and the need to meet the then year 2000 target for eradicating polio globally, the government needed a tested visionary and go-getter to help drive the vision of the NPI. Awosika, with her distinctive qualifications and antecedents as a seasoned pharmacist and astute administrator, was recommended for the post and subsequently appointed to head the agency.

As time would subsequently reveal, Awosika’s appointment proved to be one of the best decisions the Nigerian government would ever make regarding the country’s health sector. She embarked on her mission with so much vigour and fervour that is so rare in a country where many often perceive public service as a “no man’s business” that requires little or no genuine commitment.

Awosika systematically reorganised the departments making up the NPI to enhance productivity. She progressively built a team of highly disciplined and motivated professionals, who took their various duties with all seriousness. Suffice to say that Awosika managed the affairs of the NPI with the same zeal that she would have managed her personal business, and even more.

The driving force of this zeal, of course, was her professional, moral and motherly concern for the future of the children being disabled by the deadly virus, as well as the cumulative impact on the country as a whole. She once famously declared, “The future survival of our children is in our hands. Let us all join hands together and use all our resources to protect our children, who constitute our hope for this nation”.

Since northern Nigeria was the epicentre of the ravages of the poliovirus, Awosika took the battle against the scourge right there, with the determination to reach every home and community. This proved to be a difficult battle, not just because of the difficult terrains that she and her team that to navigate day and night but because the majority of the people had deep-seated suspicions and superstitions about the safety of the vaccine, especially because of the source (government and international agencies).

Not one to be daunted however, Awosika went to extreme lengths to allay the fears of the people and persuade them to prioritise the health of their children above religious and cultural sentiments. An eyewitness of her dogged determination in the fight against the virus recalled: “If the polio vaccine was indeed poisonous as some detractors peddled some years back, Dr. Awosika would have been long gone. Virtually in every community in the North where she traversed day and night to plead with the people to bring out their children for immunisation, she would first drop the vaccine in her own mouth to convince them of its safety.

“I still remember, as I journeyed with her as NPI’s media consultant to one community near Kano city, as mothers and children took to their heels when they got to know of Awosika’s mission there. I followed her as she went from house to house to plead with mothers. Of course her pleas yielded results once she dropped the Alura (vaccine) in her mouth and you would see children being brought out from under the bed and different corners of the house.

“I couldn’t help marvelling at her energy and determination to rid polio from our land as she drove day and night without rest from different communities in Kano, Kaduna, Katsina, Gombe among others in a convoy which included the WHO Representative to Nigeria, UNICEF, USAID and other agencies…”

As earlier noted, Awosika ensured that the same commitment she showed towards the polio eradication programme was imbibed by her team members. She not only led them by example but also supervised them to ensure that there was no laxity from anyone that could truncate or slow down the progress of the whole team.

The same eyewitness earlier quoted said of the NPI staff under Awosika: “They were simply wonderful. Many became visitors in their own homes as polio immunisation took them from one part of the country to the other, sometimes for weeks at a stretch only to spend few days at home before embarking on immunisation assignments again. Many suffered one health challenge or the other. Sleeplessness was a non issue. After each hectic day in the field, they must gather at night to give report of their activities. Those in any state being supervised by Dr. Awosika must be ready to give a good account of their day or they could be sanctioned.

The year 2003 would prove to be a momentous one in the fight against polio in the country. In the middle of that year, rumours began to circulate in some northern states that the polio vaccine contained anti-fertility agents that would render children impotent in their adulthood. Unsurprisingly, the immunisation exercise had to be suspended for several months, until the suspicions were cleared.

Interestingly, despite the setbacks generated by the unfounded rumours, as well as the obvious politicisation of the eradication campaign, Awosika remained focused on finding a solution and continuing with her mission. She constantly engaged with all necessary stakeholders, until a resolution was reached through a committee that satisfied the yearnings of all the concerned parties.

The observations of the secretary of that committee on the impressive roles played by Awosika in resolving the imbroglio is worth noting here. He wrote: “It is worth pointing out that the success of the Committee’s assignment was uniquely facilitated by the ever calm and collected but firm and focussed administrative dexterity of Dr Awosika, which effectively trickled down and across the dedicated and disciplined staff as well as the efficiently synergized departments of the National Programme on Immunisation (NPI). The entire organisation was marvellously motivated to achieving hitch-free, result-oriented outcome, without fear or favour having regard to the critical importance of its mandate to the healthy survival of Nigeria’s voiceless and vulnerable children as its future leaders.”

The then government of President Olusegun Obasanjo had to extend the “iron lady”’s tenure for another five years, following the expiration of the first in 2003.

Dr Awosika is the sixth child of Nigeria’s first Minister of Finance, the late Chief Festus Okotie-Eboh. She studied Pharmacy at the Ahmadu Bello University, where she obtained her bachelor’s degree in 1976. She subsequently obtained Masters in Clinical Pharmacy (M.Pharm), from School of Pharmacy, University of Bradford, UK (1982), as well as a PhD in Pharmacy Technology in 1985. She became a Fellow of the West African Postgraduate College of Pharmacists in 1990, while also bagging a post-doctoral award in Clinical Pharmacy, from the University of Leeds Teaching Hospital, University of Leeds, UK. She is also a graduate of the National Institute for Policy and Strategic Studies, Kuru, Jos (2006).

A versatile professional, Awosika has served in various capacities, most at administrative levels, in both the public and private sectors. And in recognition of her meritorious services, she has been copiously honoured and conferred with different categories of awards. Most notably, she is a Member of the Order of the Federal Republic (MFR), one the most prestigious awards conferred by the Nigerian government on someone who has rendered outstanding contributions to national development.

She is currently the chairman of the Management Board of Access Bank Plc. 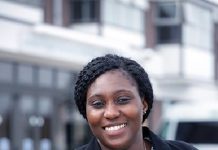 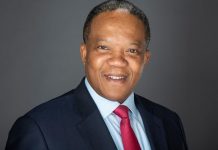