One of the most alarming public health concerns facing humanity in recent years is antimicrobial resistance (AMR), which occurs when bacteria and other pathogens evolve to become resistant to drugs and medicines. This makes infections harder to treat and consequently increases the risk of disease spread, severe illness and death.  A major factor driving this scourge is the inappropriate or excessive use of antimicrobials, which include antibiotics, antivirals, antifungals and antiparasitics.

As the World Health Organisation has noted, even more, disturbing is the rapid global spread of resistant bacteria (also known as “superbugs”) that cause infections that are not treatable with existing antimicrobial medicines, such as antibiotics. As can be imagined, such infections can have very devastating, if not tragic, consequences. And, indeed, it was one of such tragic cases – the case of Addison Rerecich – that spurred Professor (Pharm.) Diane Ashiru-Oredope to rise to the challenge of becoming a global bulwark against the misuse of antimicrobials.

In September 2014, while working with the UK Health Security Agency, Ashiru-Oredope developed the concept of “Antibiotic Guardian”, a campaign to raise awareness about the risks of antimicrobial resistance and to change behaviours around antibiotic use. The campaign encouraged healthcare professionals and members of the public to make a pledge to improve how antibiotics are prescribed by clinicians and used by patients. By selecting a pledge on the dedicated website, students, educators, farmers, families, and organisations, as well as veterinary, medical, nursing and pharmacy practitioners were encouraged to sign up as Antibiotic Guardians.

Within three months, over 10,000 people within the UK had pledged to take at least one concrete personal action that can lead to better use of antibiotics. Eight years down the line, the campaign, which has gone global, has attracted nearly 200,000 people who have pledged to help save antibiotics from becoming obsolete.

To strengthen the effectiveness of the campaign, already adopted by the UK government and WHO Europe, additional sections were developed and added to the website. One of these is the Antibiotic Guardian Award, held annually to honour the efforts of healthcare professionals around the UK and the world in combating antimicrobial resistance.

According to Ashiru-Oredope, “Stopping resistance starts with reducing inappropriate prescribing. Antimicrobial medicines should only be taken when a doctor has made a prescription. Everyone should avoid asking their doctor, nurse, dentist or pharmacist to prescribe antibiotics. And when a health professional prescribes antibiotics, it is important that you always take them as directed; never save them for later and never share them with others.

“Healthcare professionals in general practice can also contribute by involving patients in shared decisions about treatments of illnesses, such as delaying prescriptions or offering back-up prescriptions, if symptoms do not improve.”

Prof. Diane Ashiru-Oredope is the lead pharmacist for the Antimicrobial Resistance (AMR) and Healthcare-Associated Infections, UK Health Security Agency (UKHSA) and the Global AMR lead for the Commonwealth Pharmacists Association. An antimicrobial pharmacist by background, she has led and continues to lead several national, and international antimicrobial stewardship projects.   At UKHSA, she chairs the English Surveillance Programme for Antimicrobial Utilisation Resistance (ESPAUR). She also leads in developing and evaluating national antimicrobial stewardship interventions to tackle AMR. She is co-lead for the HCAI and AMR division’s health equity programme of work and is leading a UK-wide evidence review on Pharmaceutical Public Health, commissioned by the four UK Chief Pharmaceutical Officers.

Over the years, Ashiru-Oredope has helped to shape policies in tackling antimicrobial resistance. Aside from creating the global Antibiotic Guardian campaign in 2014, she was also a member of the WHO team that developed and published the WHO policy guidance on integrated antimicrobial stewardship activities in 2021. She also served as an adviser, then Global AMR leads for the Commonwealth Pharmacists Association from 2016 until March 2022. 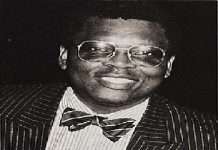 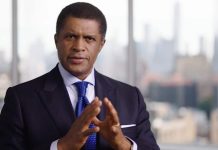