The Lagos State Health Management Agency (LASHMA) has stated that it would not hesitate to deal decisively with any hospital giving the state government a bad name or that treats ILERA EKO enrollees with levity.

The General Manager, LASHMA,  Dr. Emmanuella Zamba, disclosed this recently in Alausa, Ikeja, adding that the agency has been inundated with complaints received from enrollees on healthcare providers.

Zamba highlighted the complaints received from enrollees to include: failure of hospitals to give drugs, not admitting patients, extortion of patients without commensurate treatment, among many others. She warned  that the Lagos State Government would not hesitate to sanction any of the ILERA EKO healthcare providers that run foul of the existing healthcare practices and standards.

She stated that Lagos is doing its best to ensure affordable and quality healthcare is provided to residents of the state, saying “We cannot fold our arms and allow some providers to destroy the good intention of the state government and its determination to achieve the Universal Health Coverage (UHC)”.

Zamba reiterated that the new National Health Insurance Act (NHIA) signed by President Muhammadu Buhari in May 2022 has made health insurance mandatory for all Nigerians, appealing to Lagos residents yet to enroll on the health plan without further delay in adherence to the law and to reduce their out-of-pocket payment for medical bills.

The General Manager said that intending enrollees can register either at the LASHMA Head Office in Alausa or at any of the LASHMA five IBILE offices covering Ikeja, Badagry, Ikorodu, Lagos and Epe Divisions or ILERA EKO kiosks located in all the LGAs/LCDAs in the state.

She added that Lagos residents can also enroll through the ILERA EKO customer app by dialing 6700006# on their phones or visiting the agency’s website via www.ileraeko.com, assuring that the registration and enrolment process is seamless and does not take much time.

She however commended some service providers for performing creditably well and taking care of ILERA EKO enrollees even beyond and above expectations, declaring that the agency would ensure that quality healthcare is provided for all Lagos residents as healthy individuals would be more productive and contribute meaningfully to the socio-economic development of the state.

Zamba revealed, however, that despite the recent complaints by a hand full of enrollees, a lot of people have benefitted from the health insurance plan and several testimonies, as well as commendations, have been received by LASHMA.

The General Manager said that to date, about 623,000 Lagos residents have already registered on the ILERA EKO Health Insurance Plan, covering 250 public and private hospitals, under the Lagos State Health Scheme (LSHS). 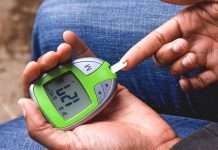