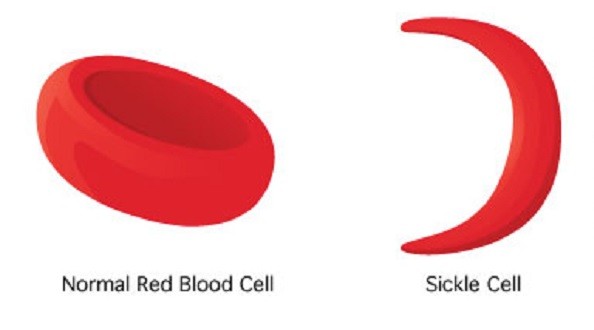 Aluge said this on Saturday in Abuja in an interview with the News Agency of Nigeria (NAN) on the sidelines of the Red Umbrella Walk to commemorate the 2022 World Sickle Cell Day.

World Sickle Cell Day is commemorated on June 19 every year to raise awareness about the disorder and bring to the fore, measures that could be taken to avoid or manage it.

The theme for the 2022 celebration is “Sickle Cell Disorder: Importance of Self Care”.

Aluge, who spoke on behalf of the Coalition of Sickle Cell NGOs in Nigeria, said early detection would help patients to begin to receive treatment early enough and avoid complications later in life.

She said “we are advocating for early diagnosis in babies in Nigeria because with this, we will know whether the genotype is SC or SS or if they have the sickle cell trait at all.

“Once that is identified early, patients can start receiving treatment and treatment prevents prolonged issues or complications in the future.

“Also, people with the disorder can live as long as they need to in Nigeria if they have access to quality healthcare from an early age.”
She, therefore, called for affordable medicare for people living with the condition, noting that a Sickle Cell Bill, which passed third reading at the National Assembly had been in the works since 2015.

She added that “sickle cell patients cannot access health insurance on low premiums because they are seen as high risk so we need their premiums to be reduced so that they can access it and maintain their health on a regular level.

“Our educational system should accommodate patients that have to be in hospital for extended periods of time to be able to take their examinations outside the classroom.

“We want offices to understand that not everyone can sit in air cconditioned environment from morning till night, so providing more enabling environment or even office blankets for people that have this ddisorderwill greatly assist.”

Aluge said that living with the disorder was not a death sentence, adding that Non-Governmental Organisations were trying to champion the narrative that patients could live and thrive with it, if they were aware of their symptoms and found avenues to support themselves.

She also said that the coalition was looking forward to seeing government, health agencies, financial institutions  help in eradicating the stigma around sickle cell and also provide financial opportunities to patients to be able to get jobs and access to health insurance.

She added that “a lot of people still think that it is a spiritual problem or a curse for the parents as punishment for something they have done, they are still making incisions on children, teachers too stigmatise them in school.

“So, it is still there, though it is better than what it used to be when we were growing up when they would bring some pastors to come and flog it out of us. It is better now but still existing.”

For 11-year-old Nafisat Oladele, living with the disease is not a big deal as far as she knows her limits and is ready to abide by them.
She said that she only confirmed two years ago that she had the disorder when she had a major crisis.

“At first, I did not know I had the disorder but when I finally did, I already knew what to take and my mum usually makes sure I complete my dose of medicines. It has not really been terrible but it could be better.

“I found out when I was 16. I am not sickly though and do not usually have crisis but my parents knew but did not tell me and in my mind I did not see myself as one with the disorder so when I had the crisis I requested for a test and that was when I confirmed it.”

She, however, advised those living with it to accept it because it is not the end of the world.

She added that they should ensure they took their medications when due and not succumb to peer pressure.

“Do not say this is what my friends are doing so I want to do it knowing fully well that you do not have the capacity to do it because of the stress.

“Just know yourself and keep to your limits. It is not really a big deal”, Oladele said.

NAN reports that Sickle Cell Disorder is a genetic disease that affects red blood cells and changes them into stiff, sticky, sickle cells that blocks blood flow and can cause pain and tissue damage.

June 19th was officially designated by the United Nations in 2008 as World Sickle Cell Awareness Day to recognise the disease as a public health problem and to promote education about its genetic condition. (NAN)