In spite of the fact that snails are usually found in places like ditches, bush, and the abyssal depth of the sea, encountering dirt with dangerous bacteria, yet they manage to stay healthy. This understanding was what led some scientists from the United Kingdom to discover new proteins in garden snails that can fight harmful bacteria.

These scientists have experimented with the new proteins in garden snails to fight antibiotic resistance, cancers, scars and skin blemishes, and to produce faster-acting insulin.

The researchers behind the discovery were Sarah Pitt, Ph.D., principal lecturer in the School of Pharmacy and Biomolecular Science at the University of Brighton, and Alan Gunn, Ph.D., subject lead for Biosciences in the School of Natural Sciences and Psychology at Liverpool John Moores University.

According to Pitt, the idea just occurred to her husband, who expressed curiosity about the resilience of garden snails: “He was nonchalantly wondering about snails moving over the soil, etc., in a garden which is full of bacteria and how/why they appear to stay healthy. Was there something in the mucus which fought against infections?” 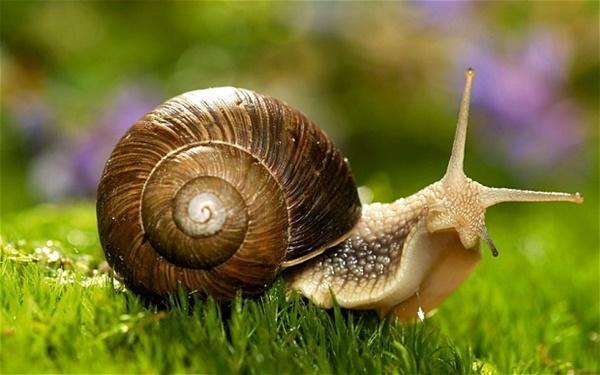 “This snail mucus soon became the subject of an undergraduate student project that Gunn coordinated to investigate whether any components of the mucus might have antimicrobial properties”, said Pitt.

However, as Gunn started discussing his laboratory methods with Pitt, she noted that his procedures were not likely to be successful.

“He thought something interesting might be happening, but when I discussed his lab methods, it was clear he was doing it all wrong. So, I did what wives tend to do and said ‘you are doing that all wrong give it to me, and I’ll sort it out’ which I did.” Sarah Pitt explained.

At the end of the investigation, the researchers’ study yielded some surprising results, as they discovered four previously unknown proteins in the snail mucus.

Moreover, two of these proteins proved to have strong antimicrobial properties, particularly against aggressive strains of Pseudomonas aeruginosa, a bacterium that causes dangerous lung infections in people with cystic fibrosis.

The study, reported on Medical News Today and published in the British Journal of Biomedical Science, showed that the researchers collected mucus from common garden snails (Cornu aspersum) and found that it was able to inhibit various strains of P. aeruginosa that had come from individuals with cystic fibrosis-related infections.

“In previous work, we found that the mucus consistently and convincingly inhibited the growth of one species of bacterium P. aeruginosa, a tough bacterium that can cause disease, but it did not seem to work against other bacteria,” said Pitt.

“So, in this study,” she continued, “we tried all the control strains of P. aeruginosa we had available in the lab here at the university as well as five strains taken from patients with [cystic fibrosis] who had lung infections with this bacterium.”

Pitt collaborated with researchers from King’s College London, U.K., to separate proteins from the snail mucus and then test each of them, controlling for antibacterial properties.

As a result, the scientists identified no fewer than four previously unknown proteins, of which three appeared to be effective against different bacterial strains. One of them, “the 37.4 kDa protein, to be named Aspernin,” the study paper explains, has strong antimicrobial properties and a lot of therapeutic potential.

Another two of the new proteins, which the team labeled “17.5 kDa” and “18.6 kDa,” are apparently able to attack infection-causing P. aeruginosa, in particular.

“P. aeruginosa is a very important cause of lung infections in patients with [cystic fibrosis], and strains which are resistant to the most commonly used antibiotic treatments are becoming increasingly common,” Pitt emphasized, noting that for this reason, “a new antibiotic would be useful.”

“If we can make the proteins artificially in the lab, we can try and work out what they are doing to the bacterium. We think that it might be possible to incorporate the purified protein into a cream to treat deep burn wounds and possibly an aerosol to treat lung infections,” Pitt stated.

The researchers are hopeful that the humble garden snail could provide a solution to antibiotic resistance, the phenomenon of harmful bacteria becoming unresponsive to drugs that could previously defeat them.