Coffee is one of the most popular drinks on the planet, and the good news is that a newly published report says it may reduce the risk of liver disease by 70 percent.

Mud, dirt, java, liquid energy, cupped lighting, jitter juice — whatever you call it, coffee has long been a favorite mug-filler for humans.

Rising from their roundtable conference, which was held at the Royal Society of Medicine in London in the United Kingdom and chaired by Prof. Graeme Alexander, a senior advisor to the British Liver Trust, from University College London, the experts validated the benefits of coffee to the liver.

Against this stark backdrop, the latest report brings some welcome relief: that cup of joe you’re holding might go some way toward saving the day. Prof. Alexander explains the importance of these talks. 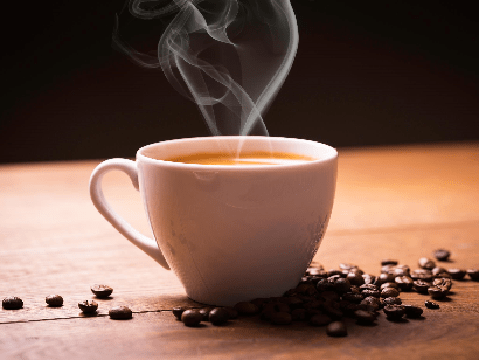 A cup of coffee

He says, “Liver disease is on the rise across Europe, and it is important that we understand how coffee, one of the most popular drinks in the world, and diet affects the disease.”

“Research suggests that coffee,” Prof. Alexander notes, “may reduce the risk of liver diseases and it is important patients have access to dietary information and advice from healthcare professionals in a manner that is easy for them to understand and act upon.”

Coffee and the liver

Among the research papers discussed were a number of positive meta-analyses. The findings suggest that coffee drinking versus no coffee consumption is associated with a 40 percent reduction in liver cancer risk.

It is thought that liver cancer often develops from an existing problem with the liver. Therefore, this reduction in risk may be due to its protective effect on the liver overall.

Other studies discussed found a 25–70 percent reduction in liver cirrhosis risk. One of the papers concludes by comparing the risks and benefits of coffee. “If coffee increases coronary risk, this is balanced by an unexplained lower risk of other conditions, notably cirrhosis and suicide.”
Liver health may receive a boost from coffee.

To add to this ever-growing list of liver ailments eased by coffee, some studies looked at its effects on non-alcoholic fatty liver disease (NAFLD). Again, the findings were positive.

As one author says, “Our analysis shows that caffeine intake is independently associated with a lower risk for NAFLD suggesting a potential protective effect.”

Some of the studies focused on coffee consumption and chronic liver disease in general. Again, the coffee drinkers seemed to come up trumps with an average risk reduction of 25–30 percent in low coffee consumers and as much as 65 percent in avid coffee guzzlers.

However, the effect is so strong across numerous studies that this could not account for the entire association.

Because liver disease is increasing in the Western world, these findings are incredibly valuable.

“Liver disease is a silent killer as often there are no symptoms until it’s too late. Coffee is something that is easily accessible to everyone and regularly drinking it — filtered, instant, or espresso — may make a difference in preventing and, in some cases, slowing down the progression of liver disease — it is an easy lifestyle choice to make.”

How does coffee weave this hepatic magic?

The exact mechanisms behind coffee’s protective role are not understood, but there are some theories being bounced around. Caffeine, one of coffee’s major players, might be involved. In particular, paraxanthine — one of caffeine’s main metabolites — has come under the spotlight.

One problem with this theory is that tea drinking does not seem to impart the same miraculous benefits to the liver, so perhaps this is not the entire story.

Other researchers have pointed their fingers at other constituents of coffee — namely, kahweol and cafestol. There is some evidence that these compounds might provide anti-cancer effects. It is a strong possibility that there is a range of compounds and mechanisms involved in these liver benefits.

Whatever the mechanism, as far as your liver is concerned, coffee can do no wrong. That being said, it’s important to chuck in a couple of important caveats: caffeine is not safe for everyone.

As Yella Hewings-Martin, Ph.D., explains in MNT‘s dive into coffee and health, “The groups most at risk of potential negative effects from caffeine consumption include […] expectant mothers and lactating women, children and teenagers, and possibly patients with underlying conditions.”

But, if you’re not in an at-risk group, having a few cups every day might be just what your liver wanted for Christmas.