The Federal Government has begun the implementation of the long-awaited National Drug Distribution Guidelines (NDDG), through the recent approval given to the Pharmacists Council of Nigeria (PCN) and other stakeholders for the establishment of Coordinated Wholesale Centres (CWCs). This will begin with immediate effect in some states of the federation, especially where open drug markets currently exist.

Disclosing this with Pharmanews in an interview, Registrar of the Pharmacists Council of Nigeria (PCN), Dr NAE Mohammed, also revealed that the Council has sent warning signals to individuals and groups who might be dubiously delaying the completion of CWCs, especially in Lagos and Anambra states, that government will soon swoop on them if they do not desist from the nefarious practice.

Recall that the NDDG was launched by the Federal Government in February 2013 to sanitise the drug distribution system in the country. The implementation was initially slated for 2014, then shifted to 2016, and again to December 2018 – all of which had however failed to materialise, until now that the approval for CWCs has been granted.

Mohammed also reiterated the position of other pharmacy professionals in the country that the increasing incidence of drug abuse and misuse in Nigeria is, to a high extent, associated with the activities of the open drug markets, assuring that the commencement of CWCs will lead to the closure of such illegal outlets. 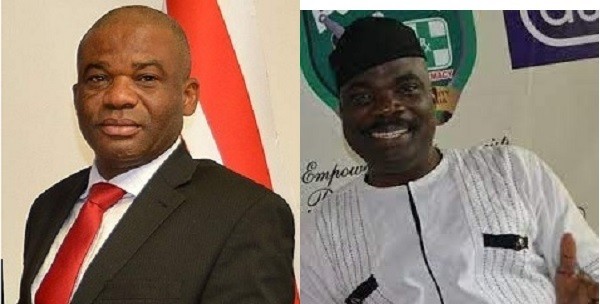 He said: “The implementation of the National Drug Distribution Guidelines (NDDG) has actually commenced.  This is in view of the approval obtained to establish CWCs in locations approved by the PCN.  You may wish to also note that in this implementation process, some states have commenced the establishment of the State Drug Distribution Centres, through state legislations and refer to it as State Drug Management Agencies (DMAs).

“Examples of states that have so far established DMAs include Kano, Katsina, Kaduna, Jigawa, Niger amongst many others. It should further be noted that DMAs are part of the Public Wholesale Centres (PWCs) on the second layer of NDDG, just as the CWCs.

“The Pharmacists Council of Nigeria (PCN) working on implementation of the National Drug Distribution Guidelines (NDDG) collaborated with key stakeholders on the platform of regulatory forum, which included NAFDAC and the Department of Food and Drug Services of the Federal Ministry of Health (FMOH) to secure FMOH’s approval for the establishment of Coordinated Wholesale Centres (CWCs) in some states of the federation, especially where open drug markets currently exist.

“Subsequent to that, the PCN has undertaken inspections and granted approval to certain suitable locations in Anambra, Kano, Lagos and Abia State, among others, for the siting of approved prototype CWC structures. The former Honourable Minister of Health has also visited these sites during advocacy visits to the governments, traditional institutions and stakeholders in these states to ensure early development, in compliance with regulatory standards.

“As of now, Kano CWC has almost completed its building, while others are at various stages of construction. However, those who might take government’s delayed enforcement or closure of the drug markets as an alibi to continue to slow down on the take-off of their various CWCs, as exemplified by Lagos and Onitsha CWCs, will soon be shocked by the action that might be taken by government in response to their nonchalant attitude to this very important project of the Federal Government.

“As soon as these ones are completed, all the open drug market dealers will be moved to the CWCs.  Shortly, after then, enforcement on closure of open drug markets will begin.”

Speaking on the new development, Dr Samuel Adekola, national chairman, Association of Community Pharmacists of Nigeria (ACPN), stated that the closure of open drugs markets may not go down well with some stakeholders, especially importers and manufacturers of drugs, as the markets serve as a means of getting quick money, compared to other sales outlets they have.

READ
Why Heart Cancer is Extremely Rare, According to Experts

While acknowledging that a few ACPN members may be trading in the open drug markets, Adekola maintained that such only engage in wholesale and not retail activities. He added also that the major problem of open drug markets is circulation of adulterated and fake drugs.

He said: “Majority of manufacturers are in the open drug markets. In fact, very many importers and manufacturers prefer to sell to these markets because of the quick money they receive from the players in the markets. The supply of drugs to these markets is more of a problem, rather than the pockets of community pharmacists that might find their way there. They are not there to make drugs accessible to everybody; they are there as wholesalers, not as retailers. You can never have a retail pharmacist in the market.”

Adekola further buttressed the need for more effective regulation of drug distribution by non-pharmacists, asserting that 70 per cent of drug retailing in the country is carried out by non-pharmaceutical wholesalers, who he accused as being the major cause of drug abuse and substandard drugs distribution.

In his words: “You talk about drug abuse when you come to a community where majority of drug handlers are not professionals, because they are the ones that sell these drugs to the general public without caution, as they are more business-oriented. The non-pharmaceutical wholesalers who today are involved in over 70 per cent of drug retailing in Nigeria are the major culprits. This is a statement of fact. Wholesalers who are not pharmacists and who do not restrict themselves to wholesales are contributing more to drug abuse.

“This is why we are calling on regulators to ensure that wholesalers keep to their duty and not encroach into retailing. These are the people in reality that provide frivolous access to drugs. As much as we do not encourage our members to be in the open drug markets, neither do we encourage them to go and buy there, but we must know that manufacturers make their products available there.

In a related development, the PCN registrar has distanced the Council from approval of online drugs sales in the country, stating categorically that it has not approved any website for such.

According to Mohammed, “It is appropriate to state clearly that PCN has not approved any online site for the sale of drugs in the country.  However, in view of the current developments, Council is taking necessary steps to regulate this emerging reality by putting in place an instrument for the effective control of online sale of drugs.

“Presently, the PCN is developing a regulation to make clear provisions for the operation of online sites willing to participate in the sale of medicines in Nigeria. It is my belief that the regulation will enable the country to achieve effective control of online sales of drugs in Nigeria, as sanctions for breach of the various provisions will be sufficient deterrent to violators of the regulation.

Mohammed added that the PCN had recently held meetings with Interpol Nigeria at the office of the Inspector General of Police concerning the strategies for the enforcement of the online pharmacy practice regulation, when it is eventually gazetted.