It is common knowledge that healthy fats like fish supplements help improve heart health. In fact, both the American Heart Association and the American Diabetes Association have recommended consuming more healthy fats from fish like salmon, mackerel, and tuna will do just that. However, a recent study has shown that fish oil supplements do not prevent heart attacks or strokes in people with diabetes.

Supplements are products that contain one or more ingredients (such as vitamins or amino acids) and are intended to supplement one’s diet and are not considered food. Studies have shown that 77 percent of Nigerians consume supplements.

More than 15,000 people with diabetes but no signs of heart disease enrolled in the study in Britain, the results of which were published in the New England Journal of Medicine.

Half the participants were given a daily capsule of omega-3, while the other half received a placebo pill containing olive oil. The study was randomised and blinded, meaning that participants had no idea which they were taking.

Patients were followed for an average of just over seven years. Among those taking fish oil pills, 8.9 percent suffered a heart attack or stroke, compared to 9.2 percent in the placebo group, which was not a significant difference.
“Our large, long-term randomised trial shows that fish oil supplements do not reduce the risk of cardiovascular events in patients with diabetes,” said principal investigator Louise Bowman of the University of Oxford. 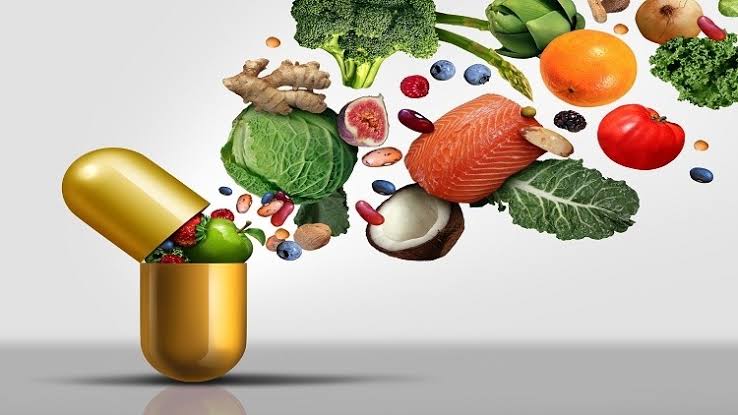 “This is a disappointing finding, but it is in line with previous randomised trials in other types of patient at increased risk of cardiovascular events which also showed no benefit of fish oil supplements.”
Bowman concluded: “There is no justification for recommending fish oil supplements to protect against cardiovascular events.”
In January, an analysis of 10 studies involving 78,000 people published in the Journal of the American Medical Association (JAMA) Cardiology also concluded that fish oil pills did not prevent heart disease among people at high risk.

Some observational studies have pointed to an association between higher consumption of fish and lower risks of coronary artery disease and stroke, but more rigorous, randomised trials have not supported this link.
Another study published in the Journal of the American Medical Association, researchers found that omega-3 fatty acid supplements did not reduce cardiovascular risk.

This was also a double-blind randomised trial that compared the health of patients who took a high dose omega-3 supplement with those who took a placebo of corn oil.

The 13,078 patients in this study were being treated with statins and had a high cardiovascular risk, high blood troglycerides and low levels of the good cholesterol known as high-density lipoprotein cholesterol.

The volunteers were observed for more than two years between June 2017 and January 2020. The study was stopped early it became clear there was a low probability of any benefit from the omega 3 fatty acids.
In fact, there was a greater rate of gastrointestinal adverse events, more than 25 per cent, in the group that took the omega-3 supplement, compared to those who took the corn oil, at a little more than 15 per cent.

“Multiple trials now have shown absolutely no effect of fish oil on cardiovascular outcomes with one big exception,” said Dr. Steve Nissen, a cardiologist at Cleveland Clinic who worked on the study. “That trial, known as REDUCE-IT, got a huge amount of attention, there was a ton of hype, including an FDA label that it reduced cardiovascular risk.” That trial, he said, used a purified form of EPA, one of the components in fish oil.

“The question is, what’s going on here? What’s the difference between that study and ours, and I’m going to be frank, that other trial used mineral oil as its placebo. We don’t think it was neutral,” Nissen said.
In other words, he thinks the study’s choice of mineral oil skewed the results. Mineral oil is a form of liquid paraffin, a derivative of candle wax.

“When taken regularly, mineral oil is bad for you,” Nissen said. “That’s why we think that one study was favorable, not because fish oil was good.”

“In fact, both that trial and our trial showed increases in atrial fibrillation — a 69 per cent increased risk — with fish oil in our study,” Nissen said. “So, you can make the case that fish oil may actually not be neutral. It may, in some cases be harmful.” This study is consistent with earlier trials.

The US Food and Drug Administration approved the fish oil-based drug Vascepa for heart attack and stroke prevention in 2019. Nissen hopes the FDA will take a look at these studies and reconsider that decision.

“But it’s hard to get something undone once the genie gets out of the bottle,” he said.