In 2006, after finishing my pre-degree in science programme at Olabisi Onabanjo University (OOU), I was admitted to the Department of Plant Science and Applied Zoology, Faculty of Science, to study Applied Zoology. However, the tradition was that those who scored above 70 per cent at the end of the programme were admitted into Medicine, Pharmacy or Biochemistry. Therefore, I was utterly disappointed with the course I was admitted for, after working diligently to score 74 per cent.

I made a firm resolution to change from Applied Zoology to any health-related discipline. Fortunately, a friend introduced me to the then Dean of Basic Medical Sciences, who promised to admit me to his faculty, based on my good grades. I bought a change of course form, and did all I was instructed to do. Unfortunately, the second admission list came out and my name was missing. The third and final admission list was released and my name was omitted. I was bitterly disappointed but at the same time more determined to change my course after my first year. Fondly I hoped, fervently I prayed.

To cut a long story short, I made the required grade point and I was able to cross to the Faculty of Pharmacy. The rest is history. I’m now a certified pharmacist.

Charles Stanley rightly said, “Our heavenly Father understands our disappointment, suffering, pain, fear and doubt. He is always there to encourage our hearts and help us understand that He is sufficient for all our needs. When I accepted this as an absolute truth in my life, my worrying stopped.”

The most interesting aspect of this story is that it was the last intra-university transfer in the history of the Faculty of Pharmacy, OOU. These days, it is either you gain admission through JAMB or through Direct Entry. That period was a very tough one for me and the experience I garnered made me strong, tough and always prepared to fight for and go after my dreams.

The famous author of Rich Dad, Poor Dad, Robert Kiyosaki, once remarked, “The size of your success is measured by the strength of your desire, the size of your dream and how you handle disappointment all the way.” From this first-hand experience, it became crystal clear to me that every disappointment is a blessing in disguise. In fact, in God’s dictionary there is nothing as disappointment; it is a preparation for “His-appointment”.

In 1838, at the age of 29, Lincoln ran for speaker of the state legislature and lost. In 1839, at the age of 30, he was chosen as president elector by the First Whig Convention and admitted to practise in the US circuit court (first appointment after a myriad of disappointments)

ACTION PLAN: Be committed to your vision but be flexible in your strategy. Develop a resilient attitude towards life’s challenges. Keep believing in yourself.
AFFIRMATION: I am a force of nature. I can achieve anything I set my mind at. I am blessed and highly favoured.

To improve your belief system, and stay motivated, visit www.sesankareem.com.ng 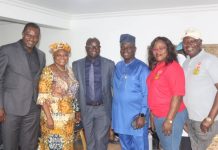