It was a harvest of encomiums for the management of Pharmaton 693 – a cooperative society formed by a group of pharmacists with the aim of advancing each individual’s economic growth with pooled resources – following the society’s procurement and opening of its ultramodern wholesale pharmacy outlet in Egbeda, Lagos State.

The official commissioning of the Pharmaton Cooperative Wholesale Pharmacy, which took place at the company’s head office in Idimu, Lagos on 25 November 2020, had a large turnout of pharma personalities as well as members of the public.

Speaking at the occasion, Pharm. Olateju Olakiigbe, managing director, Egbeda Pharmacy, Egbeda Lagos, who was the chairman of the occasion, commended the leadership of the society for sustaining the group despite the challenges it had encountered. 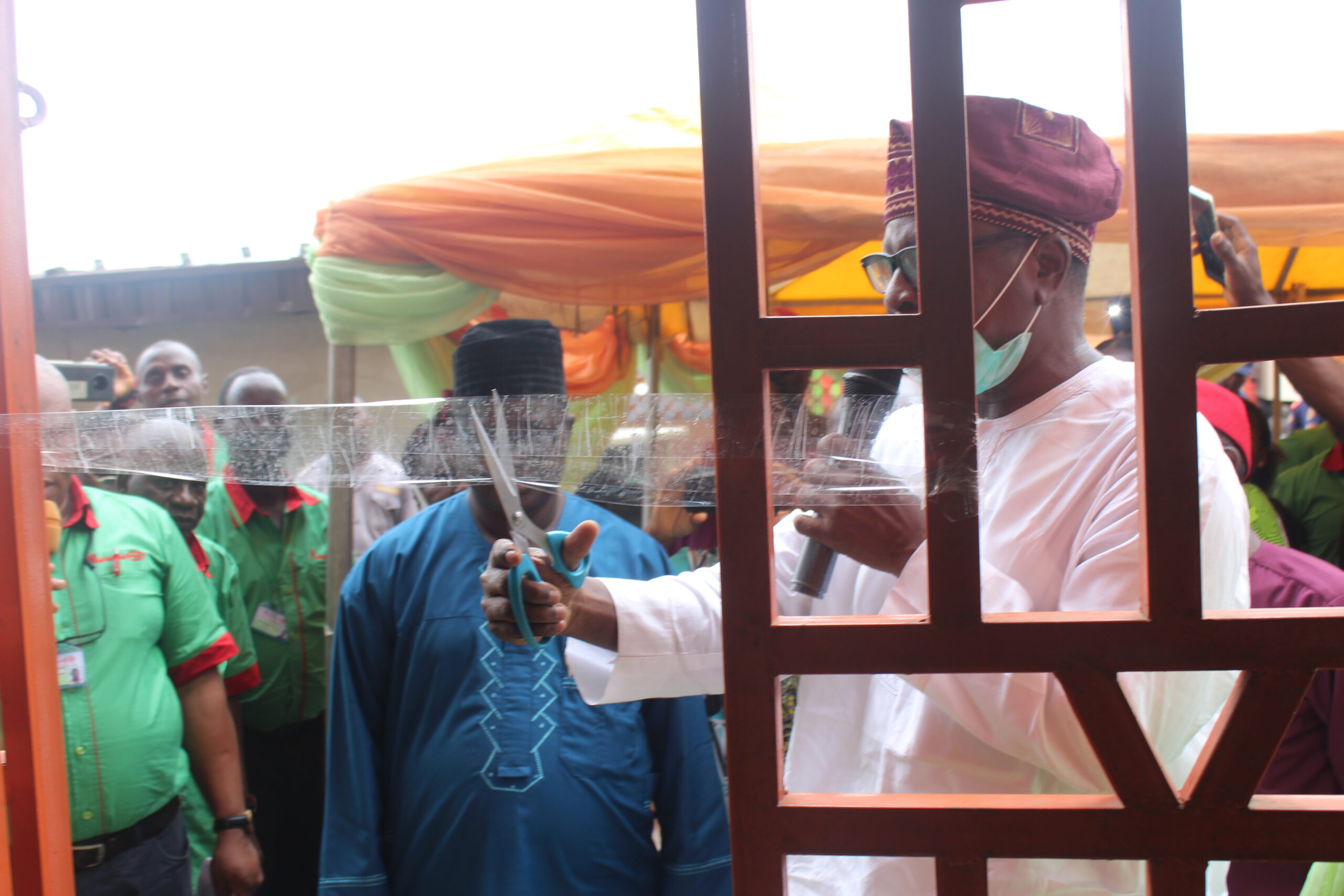 The respected elder of the pharmacy profession while applauding the founding fathers of the Pharmaton 693 for conceiving such a big vision, said he was highly impressed with the level of discipline and tenacity of purpose displayed so far by the leadership in the last 27 years.

“I must commend the outgoing and the past leaderships of the society for this vision, and I would like to encourage those at the helm of affairs today not to lose focus and not to let the standard down. I encourage you not to let your guard down. Dream new dreams, and continue working with sincerity of purpose, so that the labour of the past leaders will not be in vain,” he advised.

While also speaking at the event, Pharm. Iyiola Gbolagade, chairman, PSN, Lagos State, who was represented by the vice chairman, Pharm. Babayemi Oyekunle, expressed his joy that some pharmacists 27 years ago could come together and run a viable cooperative society, noting that if other pharmacists could copy the same model, most of the challenges facing the practice of pharmacy in Nigeria would have been resolved.

Equally speaking on the pharmacy launch, Pharm. Olabanji Obideyi, chairman, Association of Community Pharmacists of Nigeria (ACPN), Lagos State chapter, shared same view with Gbolagade when he said members of Pharmaton 693 should sustain the ideals that had been guiding them since inception, adding that pharmacy practice has changed significantly,  necessitating thinking outside the box and doing things differently.

Obideyi also noted that there is need for more credible wholesalers around to be able to service the needs of the retailers, which, he said, would help reduce or eliminate patronage of unofficial or unapproved drug markets.

He added: “I want to congratulate Pharmaton 693 Cooperative and advise that more funds be pumped into the pharmacy to enable it increase its stocking level and geared towards making it a pharmaceutical hub, where virtually all the drug needs of retail community pharmacies would be met.”

Earlier, in his welcome address, the outgoing president of the cooperative, Pharm. Olusola Jaiyeoba, noted that the society which started with a few disciplined and determined individuals had steadily become an enviable group.

According to Jaiyeoba, who had served as president for two years before coming back to serve for another four years, the society had undergone tremendous transformation and had weathered several storms.

He added that together as a team, the society had attained the laudable position of being one  of the best managed community-based cooperative societies in Lagos State and had graduated from a thrift society to a Cooperative Multipurpose Society Limited (CMSL).

He added that the society transmuted to a multipurpose society in order to widen its operational base and diversify into hitherto untapped areas like asset acquisition, property development and other high interest yielding ventures.

Also speaking, a one-time president of the society, Pharm. Gafar Madehin, disclosed that Pharmaton 693 was instituted in June 1993, because the founding fathers believed that when resources are pooled together, there is a tendency to achieve more and bigger goals, adding that the society derived its name “Pharmaton 693”, from the date it was established.

In appreciation of the felicitations and goodwill messages received, Pharm. Kehinde David Oluwafemi, the new president of the cooperative, reiterated the fact that Pharmamaton Cooperative Wholesale Pharmacy is solely into wholesale distribution and has no intention of competing with the same retail outlets it ought to service in the area, adding that he is ready to improve on the successes recorded by the outgoing president and other past leaders of the society.

“In the past, we have had very strong presidents and they have laid a solid foundation, especially the last two, Pharm. Gafar Madehin and Pharm. Olusola Jaiyeoba, under whose tenure the society mutated into CMSL. So it is my hope to build on their achievements and by God’s grace, I have it as a goal to have at least five retail pharmacies and to modernise this business before leaving office.

The expansive new outlet was declared open by the Chairman of the occasion Pharm. Olateju Olakiigbe.