For setting an exemplary model in caring for widows and the vulnerable in society, the virtues of Pharm. Regina Ezenwa, a fellow of the Pharmaceutical Society of Nigeria were once again extolled at a recent function.

Speaking in the presence of a huge gathering during the Rose Ministry’s Interactive Forum and Breakfast Meet, held at Our Saviour’s Church Hall, Tafawa Balewa Square, Lagos, on June 22, Apostle Alexander Bamgbola, chairman of the occasion, said that the pharmacist has blazed a trail for many intending philanthropists to follow.

“It is not about how rich or influential you are. How you use it to impact the lives of other is what matters. I usually encourage people to give freely. As Christians, we should practise what we preach, just as Pharm. Ezenwa has done through the Rose Ministry,” he enjoined.

The gathering, which has a considerable number of participants in attendance, included dignitaries such as Engr. Obidi Ezenwa, Rose Ministry’s trustee; Barr. IjeomaChuks-Okoye, trustee and Ven. IgienIsemede, vicar, Our Saviour’s Church.

While applauding the magnanimity of the pharmacist, Elikwu Emmanuel, a student of Grace Polytechnic, Surulere, claimed that he doesnot know what would have become of him had the ministry not volunteered to give him a scholarship.

Another beneficiary, Mrs. Blessing Onyeabor, expressed appreciation for what she termed a “divine vessel for widows” after testifying that the foundation saved her from being homeless, following eviction from her former accommodation.

“I was depressed when we were given a notice to quit my former home. Everybody left except me because I had nowhere to go, until a ‘fellow’ widow brought my plight to the notice of the ministry. They asked to look for a house and have been paying the rent to date. I thank the Lord for their help,” she noted.

Ugochi Roland-Opara, yet another widow, told a bewildered audience that ever since she lost her husband in 2005, her life had taken a twist, following incessant conflicts with her in-laws. This condition was however remedied when she came in contact with the Rose Ministry.

According to her, the ministry has gradually evolved into a solution ground for her, having seen the burden of four children taken off her shoulders.

“Now, I am at peace with my in-laws,and I enjoy seeing one of my children furthering his education on scholarship,” she said.

Reminiscing on how she came up with the vision of Rose Ministry and the journey so far, the founder, Pharm.Ezenwa, explained that, although the road has not been uneventful, God has always been on her side.

She told the gathering at the breakfast meeting that the ministry was a divine call she received.

“The vision wasn’t clear until December 2006, when it became clearer. Today, we have four children on scholarship, several empowerment schemes in place and people collaborating with us to achieve our set goals,” she said.

As a part of its mission, the ministry has been constantly visiting prisons, orphanages and undertaking rehabilitation of the sexually abused, as well as returnees from abroad.

Ezenwa said that they initially had less than 50 widows at inception, and later 100. But today, they have almost 500 members. She said the number keeps rising every week, as virtually all the women come along with other widows who had not heard of the ministry before.

When asked about the funding of the 35-staffed organisation, the pharmacist explained that it has been their major challenge.

“The money we have been spending, so far, was from donations of members, trustees and friends who are willing to identify with the initiative. We actually budgeted N3.5 million for bags of rice, vegetable oil, drinks, drugs and textile materials, to cater for about 500 participants.”

Pharm.Ezenwa also used the interactive forum to call on well-meaning philanthropistsin the country to stand up for the cause of widows and the vulnerable in the society. 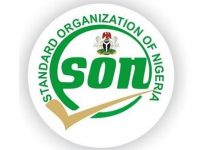