If anyone had retained the least modicum of hope that the present government, with its “change” mantra, could improve on the woeful records of most of its predecessors in prioritising the healthcare rights of Nigerians, then the recent slash in the budgetary allocation to primary healthcare in the country should have effectively blown such expectation to smithereens.

In a rather bizarre move that must have left even the most fanatical supporters of the present administration reeling in disbelief and despair, the presidency, in the 2020 revised budget proposal submitted to the National Assembly on 28 May, shrunk the Basic Health Care Provision Fund (BHCPF) from N44.4bn to N25.5bn, a decrease of more than 42.5 per cent. 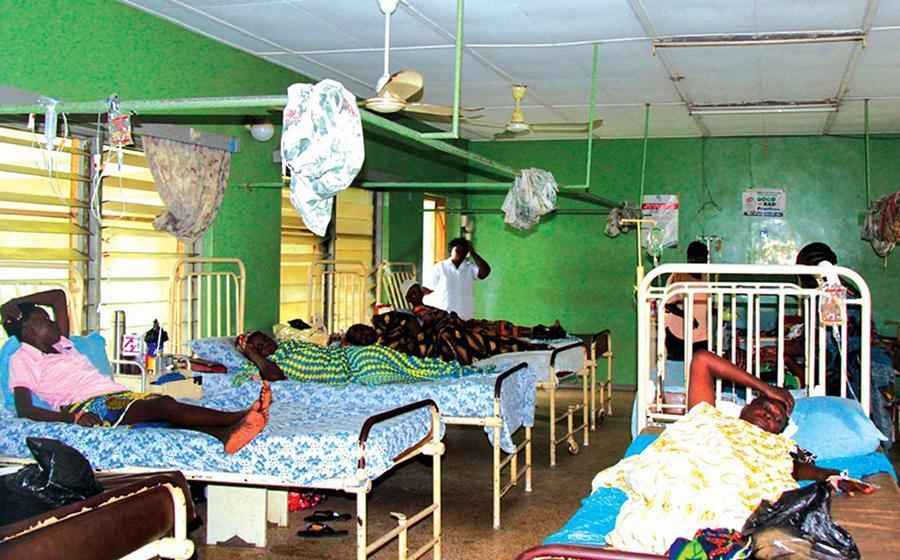 Incidentally, the BHCPF is meant to cater for all the primary healthcare centres across the 774 local government areas in the country. Its fate in the Appropriation Act (amendment) Bill that was submitted to the legislature is similar to that of the Universal Basic Education Fund, which was reduced by more than 54.2 per cent, from N111.7bn to N51.1bn.

President Muhammadu Buhari, while explaining the rationale for these cuts, which marginally affected some other sectors of the economy, stated that the amendment became necessary in view of the drastic drop in petroleum prices and the reduction in Nigeria’s crude oil production quota, as triggered by the COVID-19 pandemic. S

Sadly butubut  the National Assembly wasted no time in assenting to the questionable Bill.
We consider this move by the government totally unacceptable. Two concerns amplify the enormity of this travesty and make it particularly disturbing.

The first is that the decision to slash healthcare funding is being taken at a time when the country is still battling a health crisis that has not only refused to show any sign of abating but has also further exposed the decays and dysfunctions in the country’s health system.

In fact, so appalling is the state of the health sector that, Boss Mustapha, Secretary to the Government of the Federation, who coincidentally doubles as Chairman of the Presidential Task Force on COVID-19, impulsively lamented that the level of infrastructural deficit that confronted him was far beyond what he could have imagined.

Many had hoped that with this belated discovery that the nation’s health system was neither strong enough to meet the basic healthcare needs of the citizenry, nor prepared to withstand any major disease outbreak, the government would finally heed the several calls from stakeholders for improved funding and holistic overhauling of the healthcare sector. Sadly, the reverse is what we are witnessing.

Ironically, even in countries with better health systems, this is the time that governments are channelling more resources into further research and development, as well as infrastructural upgrades, in their health sector. Why any government, parading a moribund health system that is almost being overwhelmed by a ravaging pandemic would consider this the best time to reduce funds for healthcare is a question that would confound the minds of even its most ardent apologists.

The second and more appalling concern in this theatre of the absurd is that while allocations to critical sectors of the economy, such as the healthcare, have been heavily slashed, the presidency ensured that the iniquitously gargantuan amounts budgeted for its counterparts in the legislature and the judiciary remain largely untouched, with each receiving only a 10 per cent reduction. Even worse is that while the meagre N44.4bn initially budgeted for primary healthcare has been whittled to just N25.5bn, the outrageous N37bn allocation for the renovation of the National Assembly complex has only been reduced to N27.7bn.

READ
NAFDAC Bans the use of Methyl Bromide as Pesticide

Essentially, therefore, the government considers that the renovation of a building that accommodates a few overpaid legislators for a few sitting hours and showing no sign of distress is more important than funding of hundreds of ill-equipped and decaying healthcare centres catering to the health of millions of Nigerians at the grassroots. We join other well-meaning Nigerians in condemning this atrocious and continuous trivialisation of the health of the citizenry.

Nigeria currently has one of the worst health indices in the world. Infant and maternal mortality rates are at abysmal proportions, while many of the citizens continue to die daily from treatable and preventable diseases. All these are the cumulative effects of years of neglect and underfunding of our health institutions, especially the primary healthcare centres. This repeated display of insensitivity and elevation of parochial interests to the detriment of the wellbeing of the general populace must stop.