In Nigeria, cancer deaths have been estimated to be around 70,000 per year, with the female population having a higher mortality rate. The most common cancers include breast cancer, cervical and uterine cancers, prostate cancer, and non-Hodgkin lymphoma.

For many oncology patients, the harsh reality of chemotherapy drugs quickly replaces the emotional storm that follows receiving the diagnosis. These drugs come with myriads of side effects, majorly targeting the rapidly dividing cells of the hair follicles, bone marrows, skin and nails, as well as the gastro-intestinal tract.

A significant number of oncology emergencies are as a result of the poor diet or outright inability to feed through the oral canal. This significantly impacts the quality of life of patients on chemotherapy and could play a role in declining medication adherence patterns observed with this group of patients. Another disturbing outcome of poor nutrition in cancer patients – particularly among out-patients – is the halting of their chemotherapy sessions owing to poor patient outlook during pre-session investigations.

Pharmacists owe cancer patients thorough counselling prior to before and after chemotherapy sessions, and as they take the steep curve during the body’s response to these chemotherapeutic agents.

Below are a number of healthy changes to diet to consider when next you interface with a cancer patient:

Foods that help with weight loss during cancer treatment

Eat five to six small meals throughout the day, instead of three big meals.

Eat with friends or family or watch television while eating to take your mind off your lack of appetite.

Keep an eating and drinking schedule and set an alarm to remind you to eat.

Keep snacks next to you during chemotherapy or while in bed if tolerable.

Make mealtime as pleasant as possible. One idea is to set the table, use nice plates, have people around and minimum distractions, so you pay less attention to the fact that you are having a meal.

Take fruits hours before or hours after a meal.

Advise patient to try out one or more of the following:

Increase foods that can help promote a bowel movement.

Try prunes and other dried fruits and juices, such as prune or apple juice.

Hot beverages, such as herbal tea and decaffeinated coffee.

Stay away from “gassy” vegetables, like cabbage, broccoli, cauliflower, peas, corn, and beans.

Avoid drinking through a straw or chewing gum. These can also make gas and bloating worse.

Foods to avoid include:

Foods that are high in sugar, such as juices or sweets

High fibre and bulky foods, such as raw vegetables, nuts, and whole grains

Foods to eat during diarrhoea:

Apples (without skin) or applesauce

Canned fruit (in juice), such as canned peaches or pears

Sucking on sugar-free tart candies prior to eating

Chewing on sugar free gum in between meals

Moistening foods with sauces and gravies

If acidic foods don’t irritate the mouth or throat, they can also try adding lemon or lime to water

Using citrus fruits or juices such as oranges and grapes

Food tips for nausea and/or vomiting:

Even though nausea generally takes away the appetite for food, an empty stomach often makes it worse. Taking small rations of food every one to two hours could help prevent nausea.

Bland foods, such as plain pasta or rice. If dry mouth isn’t a problem, dry food such as crackers could be incorporated.

Choose room temperature or cold foods, instead of hot meals. This downplays the role food aroma could play in worsening nausea.

Drinking hydrating fluids (such as water, 100 per cent juice, coconut water, or chamomile or ginger tea) throughout the day to prevent dehydration.

Limit intake of fried, greasy, or “heavy” foods, as these can make nausea worse.

As new treatment options emerge for management, healthy food and nutrition will always remain a requisite for optimum management. 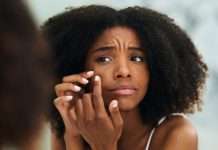