In this exclusive interview with Adebayo Folorunsho-Francis, Dr Cletus Nzebunwa Aguwa, the first academic clinical pharmacist to be employed in Nigeria and the first professor of clinical pharmacy in the entire black Africa, opens up on his interesting journey to the world of Pharmacy and how the profession has brought him much success and recognition. Excerpts:

Tell us about your educational background

I started my primary school a bit late at St. Joseph’s School, Eke Nguru (Now Central School, Eke Nguru) in Aboh Mbaise Local Government Area of Imo State. I left there in 1959 to study at Holy Ghost College, Owerri, through the Eastern Nigerian Regional Scholarship (1960-1964). Thereafter, I proceeded to Trinity High School, Oguta for two years higher programme (1965-1966). I was lucky to gain admission to study Pharmacy at Howard University College of Pharmacy, Washington D.C., USA. I proceeded without hesitation for my Bachelor of Science in Pharmacy. Today, I am a licensed pharmacist in the States of Maryland, Pennsylvania and Washington D.C.

What circumstances led you to study Pharmacy?

To be frank, I did not know anything about Pharmacy before I applied to study it. It was due to family influence. Majority of my older brothers favoured studying Pharmacy instead of Medicine and when I got the admission, I thought it was a divine call.

Looking back, was it a good decision?

It was a good decision. I have been successful and have had a most rewarding career in Pharmacy. Clinical pharmacy opened the floodgate for my success in life. I have never applied for a job but I am always sought after for my services, up till now.  I have recently fully retired from Faculty of Pharmacy, UNN and then drafted to be the dean of pharmacy faculty at Madonna University, Elele.

Can you share some of your memorable experiences in the course of your career?

I was assistant professor of clinical pharmacy at Howard for four years when I received a phone call from the former Vice-Chancellor of UNN (Prof. Ezeilo) persuading me to join the Faculty of Pharmaceutical Sciences. The pressure was intensive from many quarters, especially the family front. I had to return to Nigeria (in 1978).

My academic career and challenge had just started as I was the first academic clinical pharmacist to be employed in Nigeria. I rose through the ranks and, by 1987, I had become the first professor of clinical pharmacy in the whole of Black Africa. In the course of my commitments to Pharmacy, I have been honoured with the fellowships of the Pharmaceutical Society of Nigeria (FPSN) and the West African Postgraduate College of Pharmacists (FPCPharm.). This is in addition to being a Award Winner (MAW) and pillar of the Pharmaceutical Association of Nigeria Students (PANS).

What was it like being the first academic clinical pharmacist?

READ
Why I Moved From Pharmacy To Politics - Senator Fasanmi

Is it true that you once led a delegation of pharmacy deans abroad?

Yes. In 1992, I led a delegation of some deans of many institutions to U.S.A. and with them I visited my alma maters – Howard University in Washington D.C. and the Philadelphia College of Pharmacy and Sciences. The main purpose of the trip was for these deans who were heads of pharmacy institutions in Nigeria to observe and get hands-on experience on how clinical pharmacy is taught and practised overseas.

The trip was a short one – 11 days. For me, it was homecoming and it was most rewarding as it convinced doubting Thomases among the deans. From there, it was forward march for the development of clinical pharmacy education and practice in Nigeria. I had earlier put clinical pharmacy into practice by personally taking final year students on clinical rotations in various wards in the hospital at Nsukka in 1991. The students were very excited about this development as they were the first group to venture into patient area.

Pharmacists are very intelligent people and have excelled in various life struggles they have found themselves. Those who are interested should get into politics and play within the rules of the game. I remember that the then vice president of the United States, Hubert H. Humphrey, was a pharmacist. He was effective and highly respected.

What do you consider as your major contribution to the pharmacy profession?

My major contribution is that I have joined hands with other colleagues to train and graduate many pharmacists who are working in various areas nationally and internationally to improve the national economy. In addition, I have demonstrated leadership in the area of clinical pharmacy in Nigeria, thereby offering a new lease of hope and pride for the pharmacy profession. My books in print are a concrete testimony of monumental contribution to the profession of Pharmacy.

What do you think is the future of clinical pharmacy in Nigeria?

Clinical pharmacy in Nigeria is on forward-march as it is everywhere in the world. People may have different perspectives, but whether you call it patient-oriented pharmaceutical services, pharmaceutical care, they are all the same. What matters is the area of emphasis, who is practising and where the practice is taking place. The future is very bright in Nigeria as most pharmacists have entered the clinical practice. Schools of pharmacy have also started including it in their curriculum and are producing future clinical pharmacists who render better pharmaceutical care to the uninformed population.

What is your advice to pharmacy graduates seeking to follow your footstep?

Young pharmacists should try to find their area of calling. They have to be mature, disciplined and hardworking. You cannot reap where you did not sow. If you honestly burn your candles for just a few years, you will marvel at how success will follow you up. 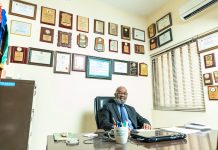 How I Changed My Name in Pursuit of B.Pharm Degree – Sir Atueyi 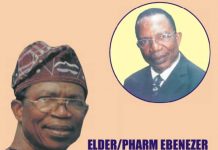 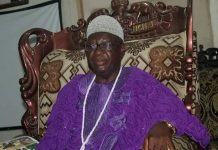