A Benin-based gynaecologist, Dr. Iwinosa Ehigiator, has advised pregnant women to go for regular checkups, especially when they have fever, in order to save their newborns from developing jaundice.

Ehigiator said this in an interview with the News Agency of Nigeria on Monday.

He defined neonatal jaundice “as a yellow discolouration of a newborn baby’s skin and eyes, which occurs because the baby’s blood contains an excess of bilirubin (hyperbilirubinemia), a yellow pigment of red blood cells.” 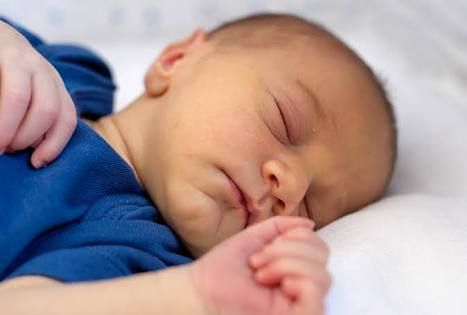 According to Ehigiator, neonatal jaundice is a common condition, particularly in babies born before 38th week of gestation (pre-term babies) and some breastfed babies.

“The condition usually occurs when a baby’s liver is not mature enough to get rid of bilirubin in the bloodstream.

“In some babies, an underlying disease may cause neonatal jaundice.

“Most infants born between 35-week gestation and full term need no treatment for jaundice.

“Rarely, an unusually high blood level of bilirubin can place a newborn at risk of brain damage, particularly in the presence of certain risk factors for severe jaundice.

“Your baby should be examined for jaundice between the third and seventh day after birth, when bilirubin levels usually peak,’’ he said.

According to him, the main sign of infant jaundice usually appears between the second and fourth day after birth.

Ehigiator said the symptoms for jaundice include yellowing of the skin and the whites of the eyes.

“Bilirubin, which is responsible for the yellow colour of jaundice, is a normal part of the pigment released from the breakdown of “used” red blood cells.

“The best preventive of infant jaundice is adequate feeding.

“Breast-fed infants should have eight feedings to 12 feedings a day for the first several days of life.

“Formula-fed infants usually should have one to two ounces (about 30 to 60 milliliters) of formula every two to three hours for the first week,’’ he said.

READ
NAFDAC and the GMP Mandate