The time is always right to do what is right”. This is one of several revolutionary statements made by late Martin Luther King Jnr during his lifetime. If there was anything people knew about his personality, it was the unusual zeal or ‘incorrigible’ enthusiasm he demonstrated in representing the voice of the black race, crying for liberation from all kinds of oppression from the whites at the time. If only his antagonists saw in his handwriting traits revealing that he was not only prepared to resist and insist but was also ready to persist that they desist from their dehumanising behaviours towards the blacks! 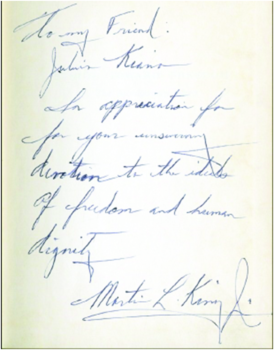 You may be wondering, are there really certain character or personality traits about a person that can be seen directly from his or her handwriting?”  Yes, there are. As I have mentioned in some past editions, if handwriting had nothing to do with the personality, then everyone would write like everyone else. The basis for which handwriting analysis serves as a tool in personality assessment for recruitment purposes among, so many other uses, is because no two handwritings are exactly the same, just the way the DNA and the thumbprints are unique to individuals.

Also, because handwriting is an expression of the energy distribution in people, a trained handwriting analyst or graphologist can gain some insight into how this energy is distributed and the resultant effects on all kinds of relationships the said person would be involved in.

From research, it has been found that, globally, employers desire certain personality traits in prospective employees, which they believe would add value to their businesses. These traits have been narrowed down to about 15 key personality traits which include:

Some of these traits sought desperately by employers unfortunately cannot be revealed just by conducting an aptitude test on the candidates. Neither can most of the personality testing methods or devices reveal them. For example, determination and willpower are traits that cannot be infused into employees. So, if you are fortunate to employ a staff with these traits, do all to ensure he or she is not frustrated out of the system.

This is one major edge handwriting analysis has over psychometric tests and other personality testing methods. It has the ‘ability’ to unlock certain personality traits as these.

Many pharmaceutical companies employ medical representatives, based on their performance in aptitude tests alone. Some do not even require any kind of assessment. Should we therefore lament when they leave the system after just a few weeks or months, not minding all that has been invested on training them and paying them salaries?

Some pharmacists are not naturally wired as salespersons, but we still go ahead to employ them as medical or sales representatives because they had the best scores in the aptitude test. What about the attitude test? How do you plan to gain insight into that? This remains the question.

You may be able to give knowledge and create avenues to brush up the skills of an employee but you can’t give attitude to him or her. The good news is that it’s easy to gain insight into the ‘face behind the mask’ if you know what to look out for in the handwriting. The way to get it right is by looking at how they write.

Let’s examine two attitudinal traits as evident in the handwriting sample of the late Martin Luther King Jnr. They include persistence and enthusias

One of the most important alphabets in graphology or handwriting analysis is the lower case letter ‘t’. Several researches have been conducted with validations that this letter can reveal certain traits such as anger, enthusiasm, willpower, confidence, self-image, sensitivity to criticism, procrastination, etc., just to mention a few.

The images above show how most people across the world write their letter ‘t’, all of which have their respective meanings. Of course, there could be variations here and there and few embellishments but fundamentally, you should be able to identify your ‘t’ in the pictures above.

One of the ways, out of several, by which you can know a person who has an enthusiastic outlook to life is to check how long his letter ‘t’ cross bar is on the stem. The longer the ‘t’ bar, the more enthusiasm the person has. Those with very small ‘t’ bars are likely to get tired or bored about a particular project somewhere along the line.

This knowledge should inform the kind of assignments you delegate to your subordinates as a manager of people. The long ‘t’-bar individual would likely go the extra mile unlike the short ‘t’-bar. You can see the length of the ‘t’-bar in the handwriting sample of  Martin Luther King Jnr below (no wonder he never relented).

Therefore, anytime one of your medical or sales representatives is not meeting up with his or her target, find out what is wrong in the letter ‘t’ just before he or she joins others in another tea party.

Persistence is another strong trait that is very useful especially when recruiting salespersons. Any sound human resource manager should know by now that a typed curriculum vitae, would not reveal anything about the personality of the prospective employee. Anybody can type a good curriculum vitae but the challenge is defending the contents therein.

A simple way, among others, of knowing a person that is persistent is by looking out for the covering loops in the small case letter ‘y’, as you have in the word ‘dignity’. The only challenge with a persistent person is that they may become bothersome for the client or customer. This may have a good or bad effect; but most times, it gets the job done.

Your responsibility as a manager of someone with this trait is to bring this to his or her attention and encourage such to observe the body language of the customer, reading between the lines to know when the music is about changing or has changed. Simply put, if you sense that the customer feels choked with your persistence, step back a little bit and give him or her some breathing space.

Some medical representatives who couldn’t manage this trait properly became sincerely wrong and lost major local purchase orders which could have gone to their companies. Wisdom is profitable to direct.

Watch out for more in our subsequent editions and always remember that you can get it right by paying attention to how you write. 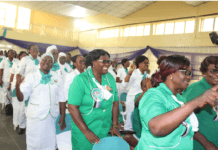 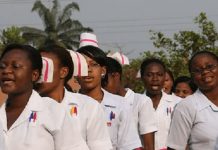 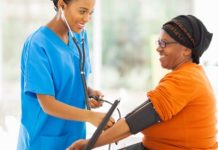