Researchers from the University of Minnesota at Mayo Clinic, United States (U.S.), have developed anti-ageing drugs called ‘senolytics’ which they claim can wash away senescent cells,  otherwise known as zombie cells, when they no longer work to their full potential.

According to the researchers, these senescent cells are then replaced by newer cells which can help slow down the ageing process.

Clinical geriatrician, Dr. James Kirkland, Director of the Robert and Arlene Kogod Centre on Ageing at Mayo Clinic, told the Telegraph: “Most people don’t want to live to 130 and feel like they’re 130 but they wouldn’t mind living to 90 or 100 and feel like they’re 60. And now that can actually be achieved in animals.

“Ageing itself is the highest risk factor for most of the chronic diseases. And if you get one age-related disease, you’ve got a huge chance of having several. You tend to find older individuals who are completely healthy and are playing 18 rounds of golf a day, or they’ve got three, five or 10 different conditions. There aren’t too many people in between.”

Kirkland explained further that 10 years ago he and his team explored the notion that ageing may be an upstream cause of all of these conditions and not only be a risk factor but could actually be causal.

“And therefore if you targeted fundamental ageing processes it might be possible to delay, prevent or alleviate these chronic conditions as a group instead of going after them one at a time.

“It’s much more like developing an antibiotic. Antibiotics will treat 25 different conditions, we’re trying to do the same thing,” said Kirkland.

The researchers at the clinic had been running experiments on mice, using senolytics, and found their life had been extended by 36 percent, which is the equivalent of adding around 30 years to a human life.

Ageing damage passes through cells, a process known as cellular senescence; a process which also happens with the likes of cancer, eventually leading to tissue dysfunction and related health impacts  or put simply, getting old.

Older cells are less able to turn genes on and off to react to the environment which makes human beings more vulnerable to diseases which ultimately kill them off.

The researchers said they hope that the drug could be available to the market in as little as two years. 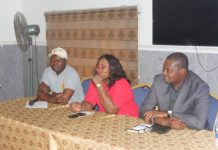