In the last two weeks I have met with a number of leaders to talk about leadership at various levels in Africa. In our conversation we also spoke of situations that concern present and future generations. We were so disappointed with the young generation of leaders who are so greedy to amass such wealth that 20 generations after them can afford to do nothing and still keep spending. We were disappointed as well by old generations who held on to power without clear successors and have refused to hand over power to more agile and more educated younger generation.

We wish we could say that leadership at various levels – from family or community level, through local government, states and at national level – was easy and that all levels everywhere were doing great. But the reality is that leadership is hard and leadership fails on a regular basis.

As we talked about this, we also addressed the ‘why’ — why do various leaders fail? Why are several African leaders (with very few exceptions) failing us? There are all sorts of possible reasons: African genetic made up, culture, lack of team, wrong strategy, dominant leadership, lack of funds etc are a few. But there is one that I consider more important and more prevalent than all the others.

“Everything rises and falls with Leadership!” is how I say it when we speak about leadership. I wasn’t sure I agreed when I first heard this statement, years ago. But over the years I have become convinced that this is a core and central truth — and it is key for those of us who provide oversight over others.

We need leaders. Africa in particular needs genuine visionary leaders at every level this time. I subscribe to the fact that Africans are genetically capable and have sufficient capacity to lead effectively. However, a number of our leaders suffer from selfishness, too many priorities, failure to see opportunities in challenges, arrogance, lack of vision, and very raw unrefined greed to hold on to power at all cost, at the expense of progress for the larger populace.

The truth, however, is that we often mistake managers for leaders. We see people who lead existing projects well, who get on well with people, who can create structures and programmes and who can lead meetings. But to put it succinctly: a good manager is not necessarily a good leader!

Not every manager is a leader! In my view there are plenty of people who can lead a group (and by saying lead here, I really mean ‘manage’). But the kind of leadership we need in Africa today is the kind of person who can see a vision — something that isn’t there — and make it a reality. Only a handful African of leaders can be said to fall into the category of genuine visionary leaders.

I heard a great story about how a certain director on the board of the Walt Disney Corporation was once blown away by the colours, entertainment, variety and coordination of the first Disney parade. He leaned over to Walt’s widow (Walt had died a number of years before this parade became a reality) and whispered: “If only Walt could have seen this!” To which the lady turned back to him and said: “But, oh, he did!” That is leadership.

The kind of leadership we need in Africa today is one like that of J.F. Kennedy who could see something that wasn’t real yet, but worked for it to become a reality.  As Corinne McLaughlin notes, “visionary leaders are the builders of a new dawn, working with imagination, insight, and boldness. They present a challenge that calls forth the best in people and brings them together around a shared sense of purpose. They work with the power of intentionality and alignment with a higher purpose. Their eyes are on the horizon, not just on the near at hand. They are social innovators and change agents, seeing the big picture and thinking strategically.”

There is a profound interconnectedness between the leader and the whole, and true visionary leaders serve the good of the whole. They recognise that there is some truth on both sides of most polarised issues in our society today. They search for solutions that transcend the usual adversarial approaches and address the causal level of problems. They find a higher synthesis of the best of both sides of an issue and address the systemic root causes of problems to create real breakthroughs.

What is it that makes a visionary become a visionary leader?   A visionary may dream wonderful visions of the future and articulate them with great inspiration. A visionary is good with words.  But a visionary leader is good with actions as well as words, and so can bring his or her vision into being in the world, thus transforming it in some way. More than words are needed for a vision to take form in today’s world.  It requires leadership and heartfelt commitment.

A visionary leader is effective in manifesting his or her vision because such creates specific, achievable goals, initiates action and enlists the participation of others.

What are the qualities and abilities of true visionary leaders?   What is the mysterious inner process within leaders that enables them to work their magic and radiate the charisma that mobilises others for a higher purpose? Visionary leadership is based on a balanced expression of the spiritual, mental, emotional and physical dimensions.  It requires core values, clear vision, empowering relationships, and innovative action.  When one or more of these dimensions are missing, leadership cannot manifest a vision.

A commitment to values is an outstanding characteristic of all visionary leaders. They embody a sense of personal integrity, and radiate a sense of energy, vitality and will. Will is standing in a spiritual state of being.  Will is a spiritual attribute, which allows a leader to stand for something.

READ
Checkout The 7 Natural Diuretics For Your Body

More self-aware and reflective than others, visionary leaders follow an inner sense of direction, and lead from the inside out, as exemplified by Mahatma Gandhi, who said, “I must first be the change I want to see in my world.”  He was a prime example of a commitment to values, as he freed India by appealing to the moral conscience of Britain and using “satyagraha” or non-violent action to reveal the immorality of the British Empire.

Rather than being corrupted by power, visionary leaders are elevated by power and exercise moral leadership.  Mary Robinson, former President of Ireland and U.N. High Commissioner for Human Rights, embodies this type of moral leadership, as does Marion Wright Edelman, founder of the Children’s Defence Fund, who has a deep commitment to children’s welfare.

Many successful leaders in business, such as Jeffrey Swartz of Timberland Shoes, have demonstrated the power of living their values.  Swartz pays employees to volunteer in the community and honours the “double bottom line”- profit and values. (To be continued) 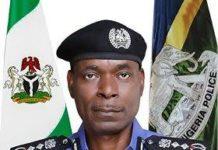 IGP Backs Down, Confirms Exemption of Essential Workers from Lockdown