The recently published 2016 World Health Statistics report by the World Health Organisation (WHO) lumping Nigeria among countries with the lowest life expectancy figures calls for serious concern. According to the report, despite worldwide increase in life expectancy, Nigeria, with an average score of 54.5 years for both men and women, is still among the seven countries with the lowest scores. The other six countries in descending order are Lesotho (53.7 years), Cote D’Ivoire (53.3), Chad (53.1), Central Africa Republic (52.5) years, Angola (52.5) years and Sierra Leone (50.1 years).

The World Health Statistics 2016 contains data from 194 countries on mortality, disease and health system indicators, including life expectancy, illness and death from key diseases, health services and treatments, financial investment in health, as well as risk factors and behaviours that affect health.

While the report shows that there is an improvement of five years in the life expectancy for Nigeria and across Africa – the biggest ever leap since WHO started publishing the health statistics in 2005 – the fact that Nigeria is still ranked with indigent and war-ravaged African countries is a serious indictment on Nigeria as a nation.

Life expectancy at birth, it must be understood, is the average number of years a newborn infant would be expected to live if health and living conditions at the time of its birth remained the same throughout its life. It reflects the health of a country’s people and the quality of care they receive when they are sick.

Actually, the WHO’s dismal verdict on Nigeria could not have come as a surprise to any careful observer. The statistics showing that life expectancy is low in Nigeria is simply a confirmation of the obvious. In recent times, the number of obituaries in the dailies announcing the untimely demise of young people has been on the increase – a proof that many Nigerians are dying in their prime.

The reasons life expectancy is abysmally low in Nigeria are multifarious and thus require a multifaceted approach to tackle. The first and perhaps  most glaring reason Nigerians are dying young is the appalling standard of living in the country. Majority of the citizens are groaning under the weight of hardship, even as the economy continues to nosedive and inflation rates continue to skyrocket, making it hard for many to meet the basic requirements for healthy living. This endless struggle for survival invariably increases the stress level for many individuals which in turn leads to diverse health issues that are often ignored until  it is too late.

Another major reason is inadequacy of quality health care delivery in the country. This is not unconnected to the nearly apathetic attitude of the government to the country’s health sector. For instance, despite the WHO recommendation and repeated calls from concerned stakeholders, budgetary allocation to the health care sector in the country remains hugely disproportionate. Correspondingly, most hospitals in the country are clearly lacking in required infrastructure to provide quality care. Many sick Nigerians who could have been nursed back to health have suffered avoidable complications and in some cases died due to poor care in our hospitals.

It must also be added that this poor health care delivery, especially at the grassroots level, contributes significantly to the high incidence of maternal and neo-natal mortality in the country. While records show that the situation has improved in recent years and helped contribute to the five-year increase in life expectancy, it must be stated that Nigeria is still on the unenviable list of nations where maternal and neo-natal mortality is still high.

But, perhaps, the worrisome state of the nation’s health care sector and the attendant fallouts might have been significantly mitigated, had the sector itself not been so prone to the canker of corruption that continues to ravage every aspect of our national life. There have been allegations that the bulk of the financial aid given by donor countries and agencies is often siphoned to individual accounts, rather than being spent on building hospitals, upgrading hospital equipment and facilities, and investing in life-saving research and development.

Only recently, The Global Fund to Fight AIDS, Tuberculosis and Malaria (GFATM) said it was suspending disbursement of funds to Nigeria following discovery of large scale fraud to the tune of millions of dollars. The organisation, which is the highest donor to Nigeria in terms of HIV and malaria, said it had disbursed more than $1.4 billion to the country since 2003. Mark Dybul, an executive director at Global Fund, said an audit report exposed “challenges of grants not achieving impact targets, poor quality of health services, treatment disruptions and fraud, corruption and misuse of funds”. This, indeed, constitutes part of the cogent issues to be addressed by stakeholders in any attempt to improve life expectancy in the country.

However, beyond the economic and health care delivery challenges, we must emphasise that Nigerians must be enlightened to begin to individually take measures to ensure they do not die needlessly and prematurely.  Nigerians must adopt lifestyle that enhances long life and refrain from behaviours that shorten life. Such lifestyle modification includes eating the right food in the right quantity and at the right time, shunning sedentary lifestyle, getting adequate sleep and above all cultivating the habit of regular medical examinations to ensure early detection of health conditions.

We believe that with pragmatic and proactive measures by the Nigerian government, backed by the commitment of the citizenry to staying healthy by embracing healthy lifestyle habits, the life expectancy rate of Nigerians will soon experience substantial and consistent improvement. 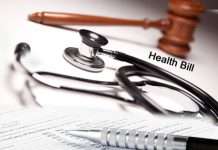 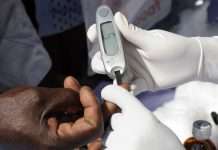