As the world marked the 2019 International Day against Drug Abuse and Illicit Trafficking, the Association of Community Pharmacists of Nigeria (ACPN), has called for a holistic approach to tackling the menace of drug use in the country, adding that drug abuse is a major health problem globally, and it is no longer a secret that many Nigerian youths, especially those in secondary schools experiment with drugs.

The association made the call on Wednesday, 26 June 2019, during the National Art Competition for Secondary Schools, organised by the Drug Information Centre (DIC) of the ACPN, to commemorate this year International Day against Drug Abuse and Illicit Trafficking, at Presken Hotel, Opebi, Ikeja, Lagos.

The community pharmacists adopted the United Nations theme for the Day: “Health for Justice. Justice for Health”, with the discussion titled “A Drug Abuse Free Generation: Let’s Start”.

The International Day against Drug Abuse and Illicit Trafficking is an effort of the United Nations aimed at strengthening action and spreading awareness about drug abuse and illegal drug trade in the world.

Speaking at the programme, the National Chairman, ACPN, Pharm. Samuel Adekola said “the drug abuse campaign was aimed at imprinting the concept of drug-free society into the minds of the students, who are unarguably the future of this country, adding that the art competition was conceived to draw the attention of the students to drug abuse, its effects on society, and the thought of eradicating it from our society”.

Pharm. (Mrs) Abosede Idowu, the national secretary, who represented the chairman, stated that the objective of the competition was to help the students succeed by staying focused and achieving their goals as sojourners on the journey of life. “We hope through this competition, you would be able to resolve in your mind and agree with us as your senior brothers, sisters, aunts and uncles that drugs are not for you”, she urged.

According to her, hard drugs cause a number of vices, including armed robbery, kidnapping, raping, prostitution, and even health challenges, adding that drug use will mess them up and pull them down. “If you want to live long, it will cut your life short, so, if you want to become great in life, it requires sanity and soundness of mind, and traits which are not compatible with hard drugs,” she advised.

Also speaking at the event, the duo of the ACPN, DIC Chairperson, Pharm. (Mrs) Bukola Folorunsho, and the immediate past DIC Chairperson, Pharm. (Mrs) Folashade Lawal, disclosed that drug abuse is one of the greatest challenges the country is facing presently, stating that there is no better time than now to start sensitising the younger ones about the dangers inherent in it, as it has become a big menace to the society.

According to them, drug abuse has become a matter of urgent global public concern, especially among the young people. “This is the best time to get your attention because you are the ‘tomorrow of this country’, and we have realized that habits taken up at youthful age can make or mar a man. A drug abuse-free generation is what we desire and want and it is good to start it with you so that we join hands to have a drug abuse-free world that we desire.

Pharm. Bukola Folorunsho, noted that the observance of International Day against Drug Abuse and Illicit Trafficking is very significant because there are varied socio-economic and cultural issues related to illegal drugs and drug trafficking, adding that drug abuse results in perhaps the worst kind of health problems and has become a major crime almost everywhere in the world.

In his goodwill message at the programme, Dr Lolu Ojo, chairman, NAPharm Drug and Substance Abuse Committee, disclosed that listening to children and youth is the first step to help them grow healthy and safe, stating that the rate of drug abuse among youths and children requires the attention of parents for proper parenting. “Nigeria is full of opportunities, so we shouldn’t allow drug to destroy it for our young ones”, he advised

Other dignitaries at the event included, Dr Tosin Adeyemi, who was the keynote speaker; Pharm. Solomon Shiihii, PCN; Mr Seye Awe, a psychologist from the Neuro-Psychiatric Hospital, Yaba, Lagos; Pharm. Funmbi Okoya, who represented the Lagos PSN Chairman,Pharm. Bolanle Adeniran; Pharm. Charles Oluwaseyi, and many others. 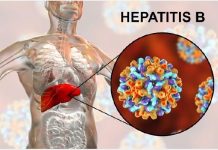 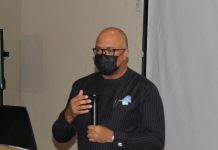 COVID-19: Nigeria Surges to Highest in Over 4 Months with 404 Cases 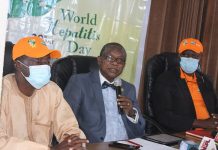