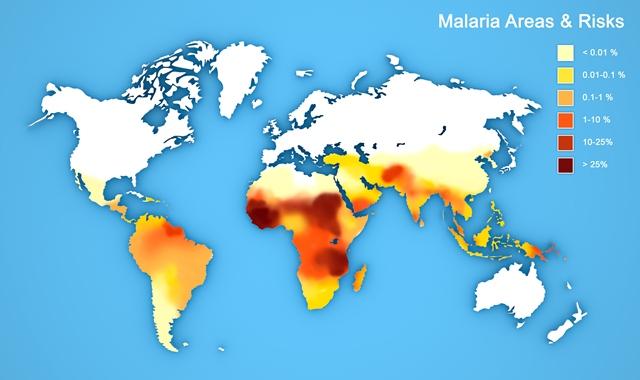 World Malaria Day is usually marked on 25 April of every year, and the theme for this year’s commemoration is: “Invest in the future. Defeat Malaria.”

Malaria has remained a major public health concern in Nigeria. It accounts for over 60 per cent outpatient visits and 30 per cent hospital admissions in the country. It remains one of the leading causes of morbidity and mortality. It is responsible for 29 per cent of childhood death, 25 per cent of infant mortality and 11 per cent of maternal mortality. The disease has also impacted negatively on the economy, with about 132 billion naira lost to the disease annually,as cost of treatment, prevention and loss in man-hours.

Malaria is an infectious disease caused by parasitic protozoans of the genus Plasmodium. The five identified species of the malaria parasite are P. falciparum, P. vivax, P. ovale, P.malariae and P. knowlesi.However, in Nigeria, 98 per cent of all cases of malaria are due to P.falciparum. This is the species that is responsible for the severe form of the disease that leads to death. It is transmitted from bites of an infected female Anopheles mosquito, which introduces the organisms from its saliva into a person’s circulatory system.

The Anopheles mosquito breeds in clear stagnant water, especially in unused discarded tyres, broken pots and other areas where water can collect.In many parts of Nigeria, where people’s behaviour, coupled with environmental factors, encourage the breeding of mosquitoes, and thus increase human vector contact, which promote the continuous transmission of infection, it is important to position malaria control as a top priority for government intervention.

·      P. falciparum is found mostly in the tropics and subtropics (near the equator).

·      Infection with P. falciparum can lead to life-threatening complications after the first few days.

·      P. falciparum is often resistant to a popular antimalarial medicine (chloroquine) and needs treatment with other medicines.

·      P. vivax and P. malariae occur all over the tropical regions of the world. P. ovale is found in western Africa, and P. knowlesi is   found in Southeast Asia.

·      Infection with P. vivax, P. malariae, or P. ovale is usually not life-threatening, and a person may recover in a month without treatment. But infection with P. knowlesi may be fatal.

·      P. vivax, P. ovale, and P. knowlesi may stay in the liver, requiring further treatment with medicine to prevent relapses.

How the disease spreads

In the early stages, malaria symptoms are sometimes similar to those of many other infections caused by bacteria, viruses, or parasites. Symptoms may include:

Note also that symptoms may appear in cycles. The time between episodes of fever and other symptoms varies with the specific parasite you are infected with. Episodes of symptoms may occur:

P. falciparum does not usually cause a regular, cyclic fever.

The cyclic pattern of malaria symptoms is due to the life cycle of malaria parasites as they develop, reproduce, and are released from the red blood cells and liver cells in the human body. This cycle of symptoms is also one of the major signs that you are infected with malaria.

READ
How to effectively deal with skin infections

Other common symptoms of malaria include:

·      In rare cases, malaria can lead to impaired function of the brain or spinal cord, seizures, or loss of consciousness.

·      Infection with the P. falciparum parasite is usually more serious and may become life-threatening

There are other conditions with symptoms similar to a malaria infection. It is important that you see your doctor to find out the cause of your symptoms.

Malaria can begin with flu-like symptoms. In the early stages, infection from P. falciparum is similar to infection from P. vivax, P. malariae, and P. ovale. You may have no symptoms or symptoms that are less severe, if you are partially immune to malaria.The time from the initial malaria infection until symptoms appear (incubation period) typically ranges from:

The incubation period may be longer if you are taking medicine to prevent infection (chemoprophylaxis) or because you have some immunity due to previous infections.

In regions where malaria is present, people who get infected many times may have the disease but have few or no symptoms. Also, how bad malaria symptoms are can vary,depending on your general health, what kind of malaria parasite you have, and whether you still have your spleen.

Risk of malaria according to geographic region

·      The risk of malaria is highest in Sub-Saharan Africa, Papua New Guinea, the Solomon Islands, Vanuatu, and the Amazon and Orinoco basins of South America.

·      The risk is medium in Haiti and the Indian subcontinent.

·      The risk is low in most of Southeast Asia and Latin America.

·      10 per cent of world population gets sick each year with malaria.

·      Up to 23 per cent of African infants are born with the malaria parasite.

A malaria situation analysis was carried out by the Federal Ministry of Health some years back. Some of the findings were as follows:

·      The perception of the cause of malaria is poor and very few people link mosquito to malaria.

·      80 per cent of malaria cases are inadequately managed at community level by the facility and home-based caregivers.

·      96 per cent of caregivers initiated actions within 24 hours but only 15 per cent of their actions were appropriate due to inadequate dosage.

·      60 per cent of mothers had no knowledge of the current management of convulsions. Only 5 per cent referred such cases to hospital, while most either go to traditional healers or use traditional home made concoctions.

·      Only 5 per cent of antimalarial drugs are produced in Nigeria.

READ
How to control asthma

·      85 per cent of health facilities surveyed in rural areas had stock out. None had pre-packaged drugs.

·      51 per cent of mothers obtain drugs from patent medicine vendors; 89 per cent of the drugs were found to be substandard and 43 per cent of syrups unsatisfactory.

Control of malaria in pregnancy

Malaria infection during pregnancy is a major public health concern in Nigeria. The main burden of infection results from P.falciparum like in any adult in the country.

In areas of stable malaria transmission, most adult women have developed sufficient immunity that, even during pregnancy, P.falciparum infection does not usually result in fever or other clinical symptoms. Thus, the principal impact of malaria infection is malaria-related anaemia in the mother and the presence of parasites in the placenta. The resulting impairment of foetal nutrition contributes to low birth weight and is a leading cause of poor infants’ survival and development.

The World Health Organisation recommends that pregnant women in Malaria-endemic areas should receive two doses of Sulphadoxine-Pyrimethamine (SP) given at therapeutic doses at scheduled interval during the index pregnancy.

Studies in countries like Kenya and Malawi have shown that IPT, with at least two treatment doses of SP, is highly effective in reducing the proportion of women with anaemia and placenta malaria infection at delivery.

Malaria diagnostic testing improves the quality of care for all patients with febrile illnesses. It is the first step in the WHO-recommended T3: Test. Treat. Track approach to malaria treatment.

Microscopy remains the mainstay of malaria diagnosis in most large health clinics and hospitals but the quality of microscopy-based diagnosis is frequently inadequate.

Awareness of the risk of malaria

The risk varies between countries and regions. For example, back-packing or travelling to rural areas is generally more risky than staying in urban areas. In some countries, the risk varies between seasons – malariais more common in the wet season. The main type of parasite and the amount of resistance to medication vary in different countries.

The mosquitoes which transmit malaria commonly fly from dusk to dawn and therefore evenings and nights are the most dangerous time for transmission.

You should use an effective insect repellent to clothing and any exposed skin. Diethyltoluamide (DEET) is safe and the most effective insect repellent and can be sprayed on to clothes. It lasts up to three hours for 20 per cent, up to six hours for 30 per cent and up to 12 hours for 50 per cent DEET. There is no further increase in duration of protection beyond a concentration of 50 per cent. When both sunscreen and DEET are required, DEET should be applied after the sunscreen has been applied. DEET can be used on babies and children over two months of age. In addition, DEET can be used, in a concentration of up to 50 per cent, if you are pregnant. It is also safe to use, if you are breast-feeding.

If you sleep outdoors or in an unscreened room, you should use mosquito nets impregnated with an insecticide (such as pyrethroid). The net should be long enough to fall to the floor all round your bed and be tucked under the mattress. Check the net regularly for holes. Nets need to be re-impregnated with insecticide every six to twelve months (depending on how frequently the net is washed) to remain effective. Long-lasting nets, in which the pyrethroid is incorporated into the material of the net itself, are now available and can last up to five years.

READ
How to curb erectile dysfunction and infertility

If practical, you should try to cover up bare areas with long-sleeved, loose-fitting clothing, long trousers and socks – ifyou are outside after sunset – toreduce the risk of mosquitoes biting. Clothing may be sprayed or impregnated with permethrin, which reduces the risk of being bitten through your clothes.

Sleeping in an air-conditioned room reduces the likelihood of mosquito bites, due to the room temperature being lowered. Doors, windows and other possible mosquito entry routes to sleeping accommodation should be screened with fine mesh netting. You should spray the room before dusk with an insecticide (usually a pyrethroid) to kill mosquitoes that may have come into the room during the day. If electricity is available, you should use an electrically heated device to vaporise a tablet containing a synthetic pyrethroid in the room during the night. The burning of a mosquito coil is not as effective.

Antimalarial medication helps to prevent malaria. The best medication to take depends on the specific location. This is because the type of parasite varies between different parts of the world. Also, in some areas, the parasite has become resistant to certain medicines.

There is a possibility of antimalarials that you may buy in the tropics or over the Internet, being fake. It is therefore recommended that you obtain your antimalarial treatment from your doctor, a pharmacist or a travel clinic.

As already said, the type of medication advised will depend upon the area. It will also depend on any health problems you have, any medication you are currently taking, and also any problems you may have had with antimalarial medication in the past.You must take the medication exactly as advised

If you are taking doxycycline then you need to use a high-factor sunscreen. This is because this medication makes the skin more sensitive to the effects of the sun.Around 1 in 20 people taking mefloquine may develop headaches or have problems with sleep.Several things influence the choice of medicine, including:

·      Whether the medicine is being used to prevent or to treat malaria.

·      Your condition (such as your age or whether you are pregnant).

·      Geographic location where you were exposed to malaria.

·      Whether the malaria parasite may be resistant to certain medicines. 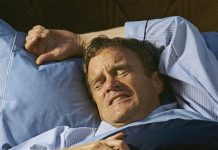