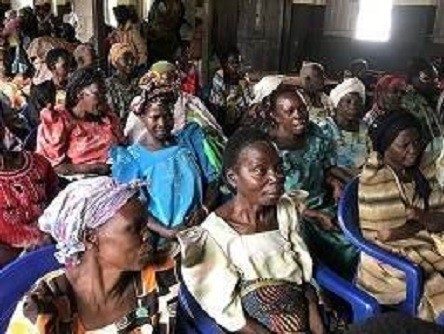 Save Our Heritage Initiative (SOHI), an Abuja-based Non-Governmental Organisation (NGO) has reiterated calls to end all forms of violence against older women.

The Chief Executive Officer (CEO) of the group, Ms May Ikokwu,  made the call in an interview with the News Agency of Nigeria (NAN) on the occasion of the 2022 International Women’s Day (IWD) in Abuja on Tuesday.

NAN reports that the UN has set aside March 8 as International Women’s Day so as to raise awareness on issues that affect women and girls and to proffer solutions to them.

The campaign has “#BreaktheBias” as its theme for the year.

Ikokwu, who congratulated women all over the world on the day, reminded them of the need to use the occasion to spread awareness about women’s empowerment and gender parity, especially older women.

She said, “Violence against older women is a severe human rights abuse. It is driven by both ageism and sexism but also affected by other characteristics such as marital status or having a disability.

“It is grounded in deep-rooted prejudices, dehumanising stereotypes, social norms that tolerate and condone awful acts of violence as denial of access to husband’s property, widow inheritance,” she said.

She also reiterated the need for women to be aware of their inheritance rights to assets and landed properties in the family.

Going further, she urged traditional rulers to ensure that the rights of the womenfolk in their communities were safeguarded.

The culture advocate explained that an older woman might be the victim of verbal and physical abuse in her home.

According to her, the older woman may be accused of “witchcraft” and attacked or even murdered by members of her own community, a practice that should be condemned.

Ikokwu, who identified deprivation of autonomy in a care setting as another form of violence against older woman, called for stronger collaboration of women and relevant stakeholders to end the menace.

She added that, “Deprivation of autonomy in care setting implies a situation that other people make decisions for her that may not be her wish.

READ
Vote for the Pharmanews Young Pharmacist of the Year 2019

“She may face many forms of sexual, physical, financial and emotional abuse, committed by various perpetrators unpunished.”

She, however, called on women to use the auspicious day to increase elderly women’s knowledge about their rights, encourage them to access support services and work with civil society to mobilise communities aimed at ending the scourge.

“Most elderly women keep silent about the abuse that they go through. It is difficult for them to open up and tell us their stories. This hurts us all.

“Elderly persons have built our country and have raised and educated new generations. We owe them a lot,” Ikokwu said.