Jennifer Ekuma, a final year Pharmacy student, from the University of Uyo (UNIUYO) has emerged winner of the Pharmanews PANSite of the Year Online Poll 2022.

The fourth edition of the Online Poll, which commenced on 29 March 2022 ended on 18 April 2022, with Ekuma, emerging the lucky winner.

Congratulating the winner for her success at the poll and other contestants for their efforts, the Publisher of Pharmanews, Sir Ifeanyi Atueyi will be presenting the award plaque and cheque to Ekuma on a date to be announced later.

The Pharmanews boss also encouraged other candidates who could not make it this time to continue advancing the course of public health in their various domains, with the hope to emerge winners in the future.

Recall Pharmanewonline.com commenced the Online Poll for Pharmacy students in April 2019, which saw Yusuf Hassan Wada, a student of Usmanu Danfodiyo University as the winner.

Other contestants who participated in the maiden edition of the poll were: Kenneth B. David; Christy Alagbe; Adebisi Yusuff Adebayo; Melody Okereke; and Jesujoba Ojelabi.

The second edition of the contest, held in June 2020 was won by Izukanne Emembolu, a female student of Nnamdi Azikiwe University, Akwa, in Anambra State, with other candidates as Victor Osundele, Yusuf Babatunde, Joan Kuyet Solomon and Aminu Muhammed Bello. 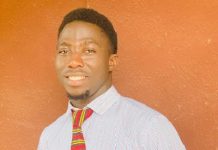 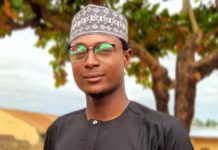