Four new cases of #Covid19 have just been recorded in Lagos State, Commissioner for Health, Prof. Akin Abayomi has announced in an ongoing press conference, at the state secretariat, Alausa, Ikeja, on Thursday.

This makes a total of 12 cases confirmed in Nigeria, of which 11 are in Lagos, and one in Ekiti, since the outbreak of the disease in the country.

Disclosing more information about  the four new cases, Abayomi said 19 tests were performed on suspected cases and contacts of the five cases announced on Wednesday, out of which four turned positive.

He noted that the first positive test is that of a Nigerian female who returned from France through a Turkish airline (TK 1830) on 14 March.

The second case is a Nigerian male in his 50s who had never traveled anywhere. He tested positive and had since been admitted.

A Nigerian male who arrived in Nigeria on 13 March, from Frankfurt, Germany on Luftansa flight LH 568, is also one of them.

Abayomi admitted that the state is confronted with both imported cases and local transmission, as they intensify contact tracking of over 1,300 people in connection with confirmed cases. 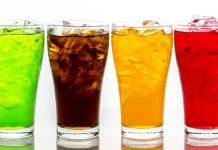