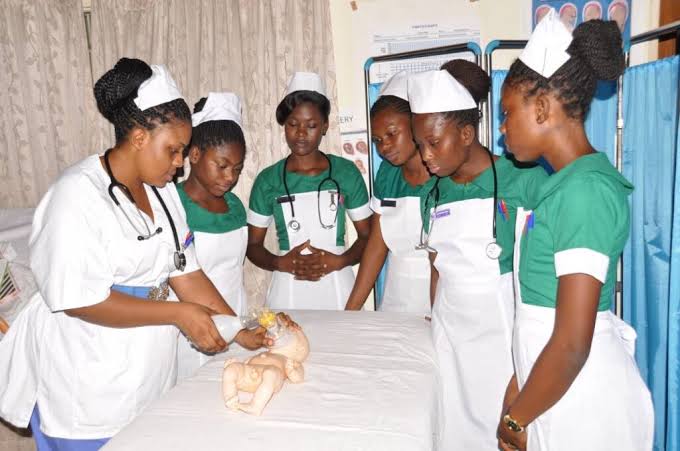 Hajiya Saratu Musa, the state’s Nutrition Officer, disclosed this on Tuesday at a two-day meeting to conduct situation analysis of Maternal, Infant and Young Child Nutrition (MIYCN) in the state.

The News Agency of Nigeria (NAN) reports that C-IYCF is a preventive approach that targets child nutrition in the first 1,000 days of life.

She noted that the C-IYCF personnel were trained in 22 Local Government Areas (LGAs), with Kaduna North LGA was outstanding.

Musa said World Health Organisation (WHO) reports released in June 2021 noted that globally in 2016 an estimated 155 million children under the age of five were suffering from stunting, while 41 million were overweight or obese worldwide.

“Nigeria has the second highest burden of stunted children in the world, with a national prevalence rate of 32 per cent of children under-five.

“An estimated two million children in Nigeria suffer from severe acute malnutrition (SAM), but only two out of every 10 children affected is currently reached with treatment.

`Nutrition situation of children and women in Kaduna state is of public health concern, malnutrition accounts for more than 50 per cent of under-five mortality.

“According to Nigeria Demographic and Health Survey (2018 NDHS), M-IYCF feeding practice has remained unsatisfactory with the rate of timely breastfeeding initiation as low as 35.9 per cent.

“Only 27.2 per cent of children exclusively breastfed and only 12.7 of children age six to 23 months were fed appropriately,” she said.

READ
Retooling Your Skills For Relevance in Our New World

“In efforts to tackle malnutrition in Kaduna, Community Management of Acute Malnutrition (CMAM) fully commenced in 2017 in two LGAs of the State and Scaled-up to 16 LGAs by 2021.

READ
Turn Your Scars To Stars

Musa said Kaduna State Ministry of Health was committed to improving general well-being and ensuring better health outcomes of the people, including enhancing their nutritional status, especially for the most vulnerable groups, women and children.

Also, ANRiN Project Manager, Dr Zainab Muhammad-Idris, said the objective of the meeting was to ensure and provide viable steps in decreasing the number of malnourished groups which cut across pregnant and lactating mother and children below five years.

She said that women, children and other vulnerable groups constituted the largest number of victims of malnutrition in the state.

NAN reports that UN Children’s Fund (UNICEF) supported the programme aimed at reviewing the situation of MIYCN in Kaduna State that would inform adaptation of the MIYCN national policy in the state. (NAN)