The Kebbi State Government says it has renovated 140 Primary Healthcare Centres (PHCs) while work on 36 others is currently in progress.

Gov. Atiku Bagudu disclosed this while receiving Chigari Foundation and other NGOs on a courtesy visit at Government House in Birnin Kebbi, the state capital.
The News Agency of Nigeria (NAN) reports that the delegation included representatives from World Health Organisation (WHO), Solina Foundation and Sultan Foundation.
The governor was represented by Alhaji Babale Umar-Yauri, Secretary to the State Government (SSG).
He said: “On infrastructure development, it is our wish to have at least an equipped primary healthcare centre in each of the 225 political wards in the state.
”So, we will have about 170 but before the end of this administration, all the remaining ones will be renovated and equipped.
“In the area of human resources,  we have given approval for the recruitment of 850 health workers to bridge the existing gap.
“On community development, the state government in collaboration with USAID, had established the state Social Insurance Scheme.”
Bagudu said immunisation coverage indicated that Kebbi was able to record 55 per cent immunisation, assuring that before the end of this administration, the government was targeting 90 per cent coverage.
According to him, the government is doing its best to improve healthcare delivery across the state for the good of all Kebbi residents.
He recalled that the state government had launched primary healthcare under one roof and the results from the state and local governments indicated 82 per cent success.
The Executive Chairman, Chigari Foundation and former Minister of State, Health, Prof. Muhammad Ali-Pate said: “The purpose of our mission centred around health insecurity, there are infectious diseases that affect our children, young ones, women and adults every day.
“Whether they are things like measles that afflict our children and lead to loss of lives or pneumonia or tuberculosis or hepatitis or meningitis, all kinds of infections that can take the lives of a young child or young person.
“Those diseases are very preventable, there are tools of science that can prevent them, things like immunisation can prevent those infectious diseases.
“The absence of systems to deliver those vaccines and immunisation services itself is a contributor to health insecurity.
“If you have infectious disease from one person to another, you actually undermine the ability of people to have a chance of surviving to adulthood to be healthy and productive contributors to societal growth and development.
“Health insecurity can also affect economic security, we saw a pandemic crippling the world, it started as a health problem but suddenly even those who didn’t have the disease were affected by the consequences of the pandemic.
“So, health security is a very crucial part of the development agenda of any reasonable society, in our country.
” For many years we have been trying to improve primary healthcare and immunisation.”
He lauded the Sultan of Sokoto, about 12 years ago, mobilised and convened all traditional leaders in Northern Nigeria and engaged in a programme in collaboration with the state government which led to dramatic progress and improvement in immunisation.
“We thank God Almighty and also thanks to all your contributions as we succeeded in stopping wild poliovirus.
“That means future generations are secured, they will exist in a world where that virus will not threaten them, that is a big accomplishment.
“But that engagement between the state and traditional institutions is key to that success.
“Here in Kebbi State, the Emir of Argungu has been a key leader of the Northern Traditional Leaders Committee on Primary Healthcare, representing the Kebbi State Traditional Council of Chiefs and Emirs.
“And all across Northern Nigeria, that group with leaders across the chain, worked hard to contribute to achieving that success.
“Recently, we experienced a global pandemic, thank God it wasn’t severe as it is or has been in many parts of the world
While appreciating the efforts of the state government in various health intervention programmes in previous years, the former minister advocated for more concerted efforts to record more successes in immunisation.
The state’s Commissioner for Health, Alhaji Muhammad Jaafar, noted with satisfaction that the state government had been having a good partnership with development partners with a view to scaling up services in PHCs and scaling up immunisation.
“So, in the last survey the Kebbi State NQS was very bad, it was about 18 per cent, the state government had realised that and we had to strategise and make sure that we have significant improvement.
“Your Excellency, you have approved primary healthcare under one roof and with such kind of implementation, at the last quota of 2021, the NQS survey shows that Kebbi State had already recorded 82 per cent, I think this is a tremendous improvement.
“Equally, in the area of multiple cluster indicator survey, we have realised that in 2017 Kebbi State was recording 11 per cent and in the last quarter of 2021, we have recorded 55 per cent, this is a significant improvement.
“All these are possible due to the improvement and proactive measures put in place by His Excellency so that all our healthcare service delivery services are performing effectively to make sure that we have changed the narrative of Kebbi State,” he said.
The commissioner requested more support from development partners in the area of capacity building to enhance the knowledge and skills of workers. 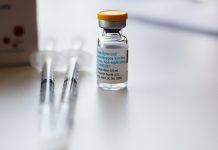