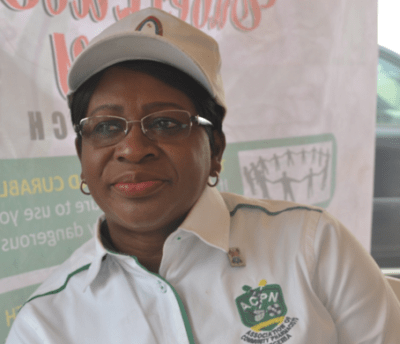 The Directorate of Pharmaceutical Services (DPS) in Lagos State has justified the sustained raid and sealing of unregistered medicine stores in the state by a joint team of the Lagos State task force and the inspectorate team of the Pharmacists Council of Nigeria (PCN).

Within the last three months, there has been a massive operation that has seen no fewer than 27 drug stores sealed in a number of unexpected swoops on owners of such outlets in the state.

Speaking with Pharmanews, Dr Moyosore Adejumo, director of pharmaceutical services, Lagos State Ministry of Health, explained that such raids are necessary if Nigeria is ever going to sanitise the pharmaceutical industry and weed out fake drugs.

“We have the power to do so under the law. The Inspectorate team can go into any store that is suspected to deal in fake and substandard drugs or if the outlet is illegal and shut it down.

“The regulatory board of PCN also has the power to seize, confiscate and cart away those products after due documentation, as agreed by the team and owner of that premises,” she said.

On frequency of raids, Adejumo said it is often done quarterly and sometimes impromptu, depending on the urgency of the operation.

She admitted that most times such raids are carried out to catch the perpetrators in the act, adding that those whose premises are duly registered with proper documentation in place have nothing to fear.

The DPS also spoke extensively on challenges facing the pharmacy profession in Nigeria noting that every profession in the health sector is facing challenges, with the primary challenge being shortage of manpower.

“In truth, health professionals are not always enough for all the professions. That was why I clamoured that recognition be given to patent medicine dealers who are duly registered to operate within a certain scope.

“However, patent medicine vendors are not allowed to work outside such scope. They are also subject to enforcement activities, whether by the PCN or the state task force,” she stressed.

While lamenting the effects of the current economic meltdown in the nation, Adejumo noted that the pharmaceutical profession has not been exempted from the fallout.

“That notwithstanding, it does not stop us from doing what we have to do by giving patients access to safe and affordable medicines. We pray that things get better and urge the FG to pay more attention to the pharmaceutical sector,” she said.