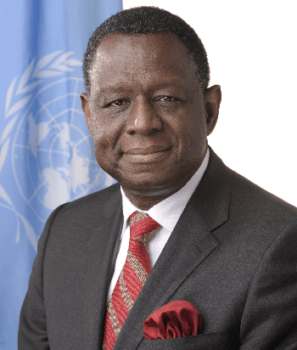 The sudden death of a former Health Minister and the Executive Director of the United Nations Populations Fund, UNFPA, Babatunde Osotimehin, has activated mourning mood among bigwigs in the healthcare sector, both home and abroad.

According to reports, he passed on to the great beyond while watching television alone in his home in New York on Monday, 5 June 2017.

Since his departure, condolences have continued to pour in from the local and international scenes. The Acting President, Prof. Yemi  Osinbajo, was among the first set of people  to send  his condolence to the family of the deceased.

“On behalf of the people and Government of the Federal Republic of Nigeria, Prof Osinbajo extends heartfelt condolences to his wife, children and entire family over the passage of their beloved father, grandfather and also an illustrious Nigerian,” Prof. Osinbajo’s spokesperson said.

The United Nations’ Secretary-General, Antonio Guterres, on his official twitter account said: “I mourn the death of the UNFPA chief, Dr. Babatunde Osotimehin. Our world lost a great champion of well-being for all, especially women and girls”.

In a similar vein, Isaac Adewole, Nigeria’s Minister of Health, said he received with shock the news of the sudden death of the man who preceded him in office as Minster of Health.

He said Dr Osotimehin, whom he called the ‘Big Boss’, would be missed for his dedication, humility, mentorship and patriotism.

In a press statement by the Ministry of Health,  Adewole described the former Provost of the College of Medicine, University of Ibadan and former Director-General of the National Agency for Control of AIDS (NACA), as an accomplished physician.

Dr Osotimehin’s had his professional background in health and medicine. He had extensive knowledge of the global and national frameworks and processes that are critical to UNFPA’s work. He previously served as Nigeria’s Minister of Health and as the Director-General of the National Agency for the Control of HIV and AIDS, which coordinates all HIV/AIDS work in Nigeria.

The UNFPA in a press release announcing the death said it was a devastating loss for the agency and for people all over the world, especially women, girls and youth he dedicated his life to serving, starting from when he became a doctor in Nigeria.

“UNFPA expresses its deep sympathy to his family and prays that they have the fortitude to bear this great loss”.

The global agency said it would remain dedicated to continuing Mr. Osotimehin’s grand vision for women and young people and continue to stand up for the human rights and dignity of everyone, particularly the most vulnerable adolescent girls. 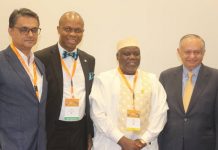