The Global Malaria Vaccines Market is pegged to be valued at US$ 8.5 million in 2018 and is projected to expand at a CAGR of 102.8% during the forecast period (2018-2024), as highlighted in a new report published by Coherent Market Insights. Rise in demand for vaccines for important indications on the backdrop of increasing focus on biological preparations is expected to be a major factor driving growth of the global malaria vaccines market over the foreseeable future.

According to World Health Organization (WHO) malaria fact sheet and World Bank estimates, over 40% of the global population is at risk of malaria. World Health Organization (WHO), there were around 214 million malaria cases reported in 2015, leading to 438,000 deaths worldwide. Over 70% of these deaths were among children under 5 years of age. Sub-Saharan Africa accounts for the highest share of global malaria burden, with around 89% of malaria cases and 91% of malarial deaths in 2015. Such high impact of this life-threatening disease is influencing governments across various countries, companies, investors, and non-profit organizations to contribute towards curbing spreading of this disease. Since the problem of malaria is burdening many of the emerging and under developed regions such as in Africa and Asia Pacific, various initiatives have been implemented in these regions to drive down high costs of the vaccine in development. For instance, in 2016, GSK announced plans to develop vaccines at a mere profit margin of 5% of the cost of the vaccine. Governments across most regions are actively involved in programs aimed at eliminating malaria. For instance, WHO had mobilized funding for pilot program in first phase between 2017 and 2020 by the global fund to fight against malaria and other disease such as AIDS and tuberculosis prevalent worldwide.

Shift from pharmaceutical oral dosage forms to parenteral dosage forms is expected to boost the malaria vaccines market globally. The emerging economies are undergoing a wave of various healthcare reforms. Healthcare treatment regimens are becoming more reliable for the growth of the global market, with various initiatives in place to eradicate the menace of malaria. In 2016, in India, the National Framework for Malaria Elimination (NFME) was launched to eliminate the problem in the country. This program was based on the Framework by the National Vector Borne Disease Control Program (NVBDCP) of the Ministry of Health and Family Welfare. According to NFME, in 2012, the total economic burden of malaria in India was around US$ 1,940 Mn, with 75% from lost earnings and 25% from treatment costs borne by households.

READ
Coronavirus: How to Remain Calm in this Precarious Period

According to World Malaria Report 2015, India accounts for around 70% of the total malaria incidence rate in the South-East Asia. In 2014, the incidence rate of malaria in the country was around 0.89 per 1,000 people at risk per year. Around 1.1 Mn cases were reported, which lead to 562 deaths in India in 2014.

The global malaria vaccines market is expected to expand at a CAGR of 102.8% during the forecast period (2016–2024) as there exists a large unrealized market especially in Africa, Asia Pacific, Latin America and Middle East.The Pre-Erythrocytic Vaccine dominates the market in the vaccines type segment, as it is used to prevent the infection completely, while blood-stage vaccines aim to reduce or eliminate the parasite load once a person is infected

READ
6 Foods You Can Eat Regularly Without Gaining Weight

Plasmodium Falciparum is the major agent segment of malaria vaccines market, as Plasmodium falciparum infection are induced by the asexual stages of the parasite that develop inside red blood cells, making it one of most severe forms of malaria among various types of parasites causing malaria 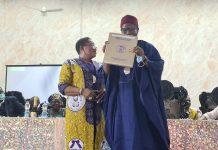 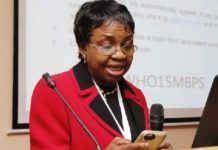