A biotechnology company, BNSL Ltd., says it will drive the deepening of food fortification as a solution to the malnutrition challenge faced in Nigeria and Africa.

Ms Chioma Odimegwu, Managing Director of BNSL, said this during the relaunch of the company’s Enrich Micronutrient Powder on Thursday at Ibafo, Ogun.

The News Agency of Nigeria (NAN) reports that food fortification is the process of adding micronutrients such as vitamins and minerals (including trace elements) to food.

It can be carried out by food manufacturers, or by governments as a public health policy which aims to reduce the number of people with dietary deficiencies within a population.

Odimegwu said that Nigeria’s malnutrition statistics was worrisome, noting that it had the highest number of stunted children in Africa, and ranks third globally with more than 10 million stunted children

“Children with severe acute malnutrition are at a significantly higher risk of death as compared to well-nourished children,” she said.

She said that all food can be fortified, noting that lots of diseases had been cured by adding mass fortification to food.

“Goitre was reduced by adding iodine to salt, rickets was cured by mass fortification of staple foods,” she said.

According to her, the company will continue to sensitise people on the importance of fortified food and how to leverage their influence and voice to request the fortification of most food and drinks consumed.

Odimegwu said that this would enable the country to have more fortified foods that would enrich its populace and more companies incentivised to fortify their products.

To address the challenge of malnutrition, Odimegwu said that the company relaunched its Enrich Micronutrient Powder to eradicate the hidden hunger of micronutrient deficiencies.

“Enrich is a micronutrient powder that is to be sprinkled and mixed with ready to eat food. It is a blend of essential vitamins and minerals, with specially encapsulated iron, for easier digestion.

“Enrich provides a convenient formulation for supplementing any low nutrient food,” she said.

She noted that Enrich was targeted to meet the daily recommended nutrient intake of children from six to 59 months.

Also, Ms Adanna Iloegbunam, Quality Control Manager of the company, said that Enrich serves as an immune booster to infants.

READ
How much iodine is too much?

Iloegbunam said that there was a high micronutrient deficiency in Nigeria, especially among nutritionally vulnerable groups like children under five years of age.

She said that the World Bank data showed that high level of mineral and vitamin deficiencies continues to depress the Nigerian economy by over 1.5 million dollars annually.

According to her, this is due to the high mortality, morbidity and decreased productivity arising from the deficiency.

Iloegbunam stressed that an enriched diet was a must for all families, noting that the company had reduced the price of the sachet of the micronutrient powder to make it affordable to consumers. (NAN) 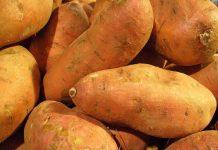