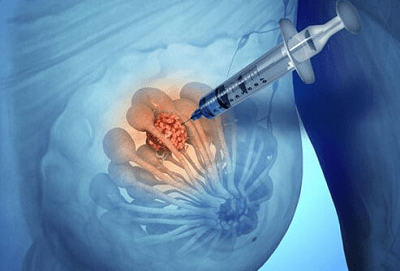 Dr Femi Olaleye, the Medical Director, Optimal Cancer Care Foundation has called on government at all levels to enact a policy that would prevent breast and cervical cancers.

Olaleye made the call during the free screening for breast and cervical cancers for female journalists in Lagos on Friday.

The screening was organised by the Foundation in collaboration with Stanbic IBTC Bank in commemoration of the Global Breast Cancer Awareness Month.

He said that cervical cancer was the number three highest killer of women, after breast and lump cancers, hence, the need to address such medical challenge.

He said there was a policy that supported the screening of all women in Europe, hence, the death resulting from cervical cancer remained minimal in the area.

”Every woman in England gets a letter to come and do cervical screening test. Every woman has a General Practitioner (GP) and every GP has a list of women.

”There is a fund; there is a policy that supports screening all women in England;

Dr Femi Olaleye
Dr Femi Olaleye
The medical practitioner said that factually, all cervical cancers were caused by a virus called Human Papilloma Virus (HPV) and women got it only through sex.

He said that the use of condom during sex did not prevent the transmission of the virus, as it could be found not just on the penis but around the genitals.

Olaleye said that cervical cancer could be prevented by regular screening and vaccination, adding that the vaccination had been recommended for women and girls from 10 years.

On breast cancer, the expert said that every female with a pair of breast stood a risk of the virus and men could also develop breast cancer but it was rare.

”Breast cancer can be hereditary, caused by smoking, poor diet, excess intake of alcohol and overweight,” he said.

Olaleye urged the female-folk to engage in regular self-breast examination, as it helped to detect an abnormality on time.

According to him, this will aid ones chances of survival, if quickly and medically attended to.

The medical expert further said that statistically, it had been realised that black people had a higher risk of breast and prostrate cancers, compared to the whites.

He called on women to do mammogram to ascertain if there was lump in the breast and if the lump was cancerous.

According to him, 80 per cent of lumps found in women’s breasts during mammogram are not cancerous.

He, however, said there was the need for continuous awareness creation for women to know the effect of cancer as early detection would help to prevent them. (NAN)(www.nannews.ng)