The death of a young medical student in China ignited concern on Thursday over the strain on the country’s healthcare system as staff battle a nationwide surge in coronavirus cases.

Covid-19 is spreading rapidly across China after three years of strict containment measures ended last week, with health authorities now saying the true scale of the outbreak is “impossible” to track.

The wave of infections poses the biggest challenge to the underfunded medical system since early 2020 when hospitals were overwhelmed with patients in critical condition and many staff fell ill.

On Thursday a top medical college in the southwestern city of Chengdu said a 23-year-old graduate student had died from a heart attack a day earlier when he reported feeling unwell after a shift.

The West China School of Medicine did not link his death to Covid-19 or any underlying health issues.

But a hashtag related to the incident on the Twitter-like social media platform Weibo was read more than 390 million times, with internet users demanding to know what caused the death.

Many asked whether the student, surnamed Chen, had been working while infected with Covid.

The tragedy tapped into anger over working conditions for doctors in China and fears that the medical system will buckle under the weight of millions of unvaccinated elderly patients.

Students are increasingly being dispatched to frontline clinical positions due to staff shortages as the outbreak grows.

Earlier this week, hundreds of students at medical colleges in Sichuan and Jiangxi provinces protested over pay and what they called inadequate protections against the virus.

On Thursday, a National Health Commission official suggested local medical facilities could rehire doctors who had retired within the last five years to alleviate staff shortages.

An anonymous doctor at a hospital in a rural county in Sichuan province told AFP that “more than half” of her colleagues had Covid but many hospitals were not conducting regular PCR tests anymore.

“Doctors and nurses are under pressure because the hospital is understaffed,” she said.

The number of patients at her facility had doubled since restrictions were lifted, she added.

An unverified screenshot of a group chat among medical students that was circulating on social media Thursday showed some of Chen’s classmates saying they had to work clinical shifts with a fever.

“Graduate students only earn a few hundred yuan per month (working clinical shifts), while their school fees are tens of thousands of yuan,” read one comment that drew hundreds of likes.

State media and top medical experts have urged patients to stay at home and self-medicate if they have mild symptoms but fever medication has become all but impossible to find in cities.

People have complained of empty shelves and long lines at pharmacies, while Chinese internet giant Baidu said searches for ibuprofen had risen 430 percent in the past week.

A number of elderly care homes and factories across China have issued statements in recent days saying they will continue with “closed-loop management” — essentially under lockdown with staff sleeping on the premises — as the Covid wave gains pace.

Many enterprises previously resorted to the system when China was operating a zero-Covid policy so they could prevent disruption to their businesses if snap lockdowns were imposed by authorities. 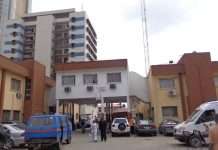