Meningitis is an infection of the meninges, the protective membranes that surround the brain and spinal cord.

It can affect anyone but is known to be most common in babies, young children, teenagers and young adults. Meningitis can pose very fatal consequences, if not treated quickly.

A seriously debilitating disease that requires immediate medical help, meningitis is caused by some bacteria (bacterial meningitis). In the United States, the most common ones are: Streptococcus pneumoniae (pneumococcus), Neisseria meningitidis (meningococcus) and Listeria monocytogenes (in older people, pregnant women, or those with immune system problems).

In Nigeria, cerebrospinal meningitis (CSM) is a major epidemic disease which has cases reported every year. The highest cases and burden are reported in the Meningitis Belt, a part of Sub-Saharan Africa. The belt in Nigeria, includes all the 19 northern states and the Federal Capital Territory (FCT). Though the Nigerian government has assured that meningitis vaccine is free, there are insinuations that some teaching hospitals in the country charge money for it.

The first meningitis outbreak was recorded in Geneva, Switzerland, in 1805. Descriptions of the disease were given separately by Gaspard Vieusseux (1746-1814) and Andre Matthey (1778-1842) in Geneva and Elisa North (1771-1843) in Massachusetts. Since then, several outbreaks of the disease have been reported in Europe and the United States.

Viral and bacterial infections have been understood to be the most common causes of meningitis. Other causes may include cancer, fungi and drug-induced reactions. Some of the meningitis cases caused by fungi and bacteria are contagious and can be transmitted by coughing, sneezing or through close contact.

Africa recorded its first outbreak in 1840. Subsequent epidemics in the continent became much more common in the 20th century. Nigeria and Ghana reported the first major epidemics between 1905 and 1908. A large number of people were reported to have died from the disease in those outbreaks.

Austrian bacteriologist, Anton Vaykselbaum, who described meningococcal bacteria in 1887, wrote the first evidence that linked meningitis to bacterial infection. While Heinrich Quincke (1842-1922) made use of a new technique of lumbar puncture (1891) to provide an early analysis of cerebrospinal fluid (CSF), William Mestrezat (1883-1929) and H. Houston Merritt (1902-1979) compiled large series of CSF profiles in meningitis.

By the second half of the 20th century, the influenza viruses A and B adenovirus were found to be connected to meningitis as well. A.A. Smorodintsev proved in 1968 that there are more than 200 different viruses and their serotypes that may cause meningeal infections. Armstrong and Lilly in 1934 isolated the virus from the cerebrospinal fluid of patients.

The following are types of meningitis:

Bacterial meningitis can be caused by Streptococcus pneumoniae (pneumococcus), Neisseria meningitidis (meningococcus) and Listeria monocytogenes. Haemophilus influenzae type b (Hib) was a common cause of meningitis in babies and young children until the Hib vaccine became available for infants.

The onset of bacterial meningitis is often indicated when bacteria get into the bloodstream from the sinuses, ears or throat. The bacteria moves to the brain through the bloodstream.

Viral meningitis is more common than the bacterial form and usually not less serious.  Several viruses can cause the disease, including some that can cause diarrhoea.

Less common, compared to bacterial and viral meningitis, fungal meningitis is rarely contracted by people who are healthy. The disease is more likely to affect people who have a compromised immune system and those suffering from HIV/AIDS.

Parasitic meningitis is rare and caused by animal parasites. Eating animals like snails, slugs, snakes, fish, or poultry that are infected by parasites or their eggs can predispose one to the disease. There is a higher risk with raw or uncooked foods. This type of meningitis is not contagious.

A rare and fatal infection caused by a single-celled bug called Naegleria fowleri, which lives in soil or warm, fresh water amoebic meningitis is common with people who swim in areas where the amoeba lives. It is also not contagious.

Non-infectious meningitis is caused by diseases like lupus or cancer. It is also reported in people who have had a head injury, brain surgery or those who have taken certain medications. It is not contagious.

Chronic meningitis develops over the course of weeks. It is the result of infections with a fungus or the mycobacteria that cause tuberculosis. As these organisms get into the tissue and fluid surrounding the brain, they cause meningitis. 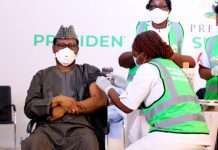 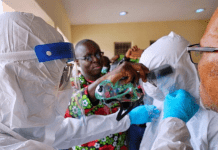