The Internet is a double-edged sword that has both creative and destructive elements. It possesses what Professor Wole Soyinka calls the Ogunnian energy – energy to create and to destroy. While the Internet offers opportunities for the advancement of knowledge and ideas, it is also full of toxic elements that can destroy the psyche of children and teens who are not properly guided on how to make use of it.

This is the main reason parents, guardians and teachers, especially those who teach in primary and secondary schools, should handle the issue of phone usage among their pupils with utmost seriousness. Unfortunately, many parents and guardians are very slack when it comes to monitoring the phone handling activities of their wards, especially those below the age of 18.

The Internet and the various social media platforms carry a lot of emotionally-poisonous information and content that can destroy the minds of children and teens. Indiscriminate use of the Internet by children and young people can also expose them to cyberbullying, which in itself, is a window to many mental health issues.

Research has shown that children and young people, in general, can bully and be bullied online. It is also established that cyberbullying increases a child’s risk of developing depression and low self-esteem while making them twice as likely to engage in self-harm. The problem becomes even more complicated with the fact that children may be reluctant to admit that they are victims of cyberbullying.

In an era when the mental health, sexual rights and social behaviour of children are being jealously protected, parents, guardians and teachers must build a brick wall between their children/pupils and the following, in order to forestall disastrous consequences: pornographic materials, sites that inspire vandalism, content containing swearing, crime, drug abuse, terrorism, racism, eating disorders, suicide, pictures, videos or games which show images of violence or cruelty to other people or animals, gambling sites, unmoderated chat rooms – where there is no one supervising the conversation and barring unsuitable comments and sexism or sites that portray females in demeaning roles that do not reflect contemporary values and expectations.

The television viewing pattern of children also poses another challenge. In many Nigerian homes, children control television viewership because of the irresistible attraction of children’s programmes on channels such as Disney Junior, Cartoon Network, Nickelodeon, PBS Kids, The Hub and Fox Kids. To make matters worse, some children after watching these programmes begin to imitate the actors – a development that could be injurious to their health.

Studies have also revealed that long-term viewing of cartoons, especially those with negative content such as violent and uncivilised behaviour, can lead to negative outcomes for children such as engendering more negative behaviours and emotions, inducing fantasies, and increasing aggressive illusions and thinking in ways that are incongruous with reality.

This writer has personally witnessed a situation where a child who was trying to fly like one of the characters in PJ Masks, in his parents’ sitting room, fell and suffered a bone fracture. He was out of school for two terms and made his parents incur an unbudgeted financial burden. Experts on child psychology also agree that spending too many hours, sitting and watching cartoons and other children’s programmes can result in serious health issues, such as obesity, nutritional deficiencies due to bad food habits, and vision problems. Most of these result from inactivity and a sedentary lifestyle.

Parents and guardians can curtail the excesses of their wards when it comes to Internet and television usage by closely monitoring the kind of content they are exposed to. They can also do so by ensuring that their own phones, especially smartphones, are kept away from the reach of children.

Most times, parents carelessly leave their phones for their children who put on the data and start browsing the Internet. It should be noted that, in the course of surfing the net, the child can be exposed to inappropriate content which could just pop up from nowhere. Such pop ups can injure the mind and psyche of the child. For this reason, children must not be allowed unfettered access to the Internet without parental guidance. The same rule should apply to television viewing: children should not be left unguided. 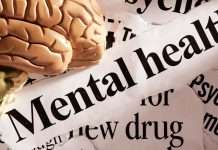 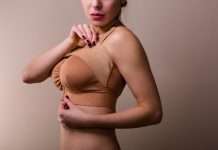