The National Agency For Food and Drug Administration and Control (NAFDAC) has been fined to the tune of two million naira for failing to do their primary assignment in ascertaining the safety level of Sunset Yellow and Benzoic acid in Nigerian Bottling Company’s  products –Fanta and Sprit.

The two products were found by the United Kingdom health authorities to be containing excessive levels of Benzoic acid which if mixed with Vitamin C can cause cancer, thus a Lagos High Court sitting in the Igbosere area of Lagos Island has directed NAFDAC to order NBC to put a written warning on Fanta and Sprite bottles stating that both soft drinks are poisonous, when consumed along with Vitamin C. 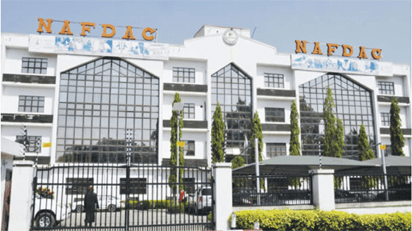 It was however gathered that NAFDAC has appealed the judgement, urging the court to stay action on the ruling. According to the Acting Director General of NAFDAC, Mrs. Yetunde Oni “Our lawyer has filed an appeal and a motion to stay execution of action of the judgement also filed. I am in Vienna at the moment at the 60th session commission on Narcotics drugs. Thank you for your understanding,” she noted

Meanwhile, the NBC has allayed fears of consumers about its products including Sprite and Fanta, saying they are safe for human consumption. According to the statement released by NBC, the wrong perception emanating from the media reports that our Fanta and Sprite beverages which are fully compliant with all national and international food quality and safety standards are unsafe, simply because their levels of Benzoic acid were not within the UK standards, is not only unfounded but also undermines the entire food and beverage industry in Nigeria which is regulated by the same ingredient levels approved by NAFDAC and other regulatory bodies for the country.

It further stated that that the UK standards limit benzoic acid in soft drinks to a maximum of 150 mg, but both Fanta and Sprite have benzoic levels of 200 mg which is lower than the Nigerian regulatory limit of 250 mg when combined with ascorbic acid and 300 mg without ascorbic acid and also lower than the 600 mg international limit set by CODEX, does not make them unsafe for consumption in Nigeria, due to difference in climate of Nigeria and UK.

However,  several studies have named  benzoic acid as a carcinogen which triggers cancer whenever it comes in contact with Vitamin C