The World Health Organisation has appointed the Director General of the Nigeria Centre for Disease Control (NCDC) Dr Chikwe Ihekweazu as the assistant director general for its Health Emergency Intelligence.

Ihekweazu was born and bred in Germany. He is a graduate of the College of Medicine, University of Nigeria and has a Masters in Public Health from the Heinrich-Heine University, Dusseldorf, Germany. In 2003, he was awarded a Fellowship for the European Programme for Intervention Epidemiology Training and subsequently completed his Public Health specialisation in the United Kingdom. He is to resume his new office, as the appointment takes effect from November 1. 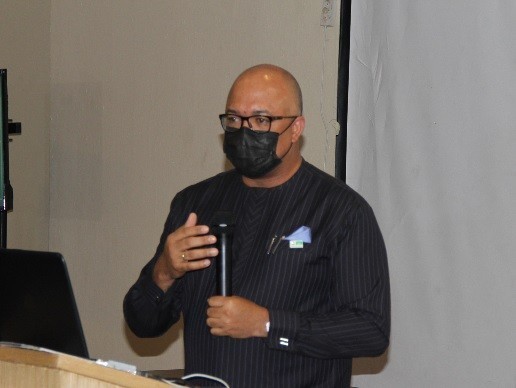 He is widely published in medical peer-review journals. He was trained as an infectious disease epidemiologist and has over 20 years of experience working in senior public health and leadership positions in several national public health institutes.

“He will lead the work on strengthening pandemic and epidemic intelligence globally, including heading the WHO Hub for Pandemic and Epidemic Intelligence in Berlin,” the WHO Director-General Tedros Ghebreyesus said in a statement on Tuesday.

The Director of Media and Public Relations at the Federal Ministry of Health, Olusegun Adetola said they are waiting for the interpretation of the appointment as it is not clear if he will be leaving the office of NCDC DG with immediate effect.

President Muhammadu Buhari appointed the DG in August 2016 and reappointed him in July 2019. During his first term in office, Ihekweazu held dual roles as NCDC DG and acting director of the Regional Centre for Disease Control for West Africa until January 2018.