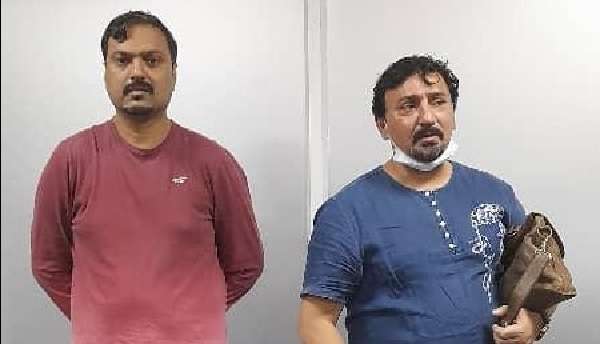 The two suspected drug barons, Asif Muhammed, 45, and Hussain Naveed, 57,  were arrested while attempting to board a Qatar Airways flight to Lahore, Pakistan via Doha, said the agency’s spokesperson, Mr Femi Babafemi.

According to Babafemi, “They were apprehended on Saturday, 5 November 2022, at the Lagos airport, just about a week after they arrived in Nigeria, which was on Sunday, 30 October.

Additionally, he disclosed that agents on patrol on the Malumfashi-Zaria Road in Katsina State detained a 52-year-old blind Nigerien,  Bukar Haruna, and his 30-year-old son, Saka Haruna for drug trafficking.

He said the suspects were detained as they were en route to the Niger Republic with 20.5 kg of Indian hemp and 10 g of Exol-5. Officials at the airport’s SAHCO import shed also seized 13 cartons of Tramadol 225mg and 200mg that were brought in from Karachi, Pakistan, on Friday, 4 November.

The shipment contains 642,800 pills of the pharmaceutical opioid and weighs a total of 465,10kg.