The Coalition of Civil Society of Nigeria on Ending Child marriage has attributed poor policies framework and non implementation as challenges to ending child marriage in the country.

The Co-chair of the Coalition, Mrs. Carolyn Seaman, said this at a two-day road planning workshop for UNICEF/ GTA project in Abuja.

She said the statistics was alarming, saying the coalition major aim was to promote gender- transformationative action to address child marriage and advance girls’ right in the country.

” Apart from the big treaties and international instruments who signed to ending child marriage, domesticating the laws has been a problem.

” Ending child marriage should be approached differently depending on the geo-political zones.

She said the Coalition was going to leverage on the project of government on ending child marriage in which was the core mandates of the Ministry of Women Affairs.

She said that child marriage affectedboth girls and boys, but it affects girls disproportionately.

” These consequences impact not just the girl directly, but also her family and community, “Ikpeme said.

She also said child marriage was an harmful practice that should be stopped, saying the barbaric act should not continue and not be seen as a normal thing.

” We might not be able to end child marriage now but it is our hope that in the nearest future, the practice will end with strategies and activities in place we hope it will end.

” Ending child marriage was achievable in Nigeria it all depends on our attitudes and behaviour if our leaders are ready to listen to us,” Ikpeme said.

Ikpeme said services should be rendered for survivor who drop out school and can access scholarships to continue in their education.

The Co-chair of the Coalition, Mr Kola Olatosimi said at the end working the group hope to come up with a 12 month work plan in community that was more prevalence.

He said that ending child marriage was a collective effort and its achievable in the country through gender transformative approach. (NAN) 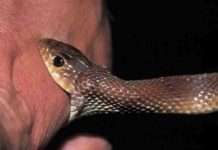 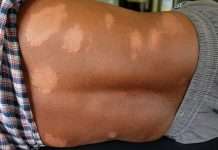 WHO Urges Investment in Fight Against Neglected Tropical Diseases