The National Open University of Nigeria (NOUN) in a bid to quell the scourge of cholera and save many community dwellers has taken a sensitisation campaign to Kpanyi-Kpanyi community in the FCT.

The campaign, which aims to sensitise over 6,000 dwellers in the community, is the first of the series of campaigns planned for 10 communities in the Federal Capital Territory (FCT).

The News Agency of Nigeria (NAN) reports that the initiative is a partnership between NOUN, the FCT Administration (FCTA) and the Federal Ministry of Health.

NAN also reports that available statistics show that in 2021 alone, 65,145 people were infected with cholera in 23 states including the FCT, out of which 2,141 died. 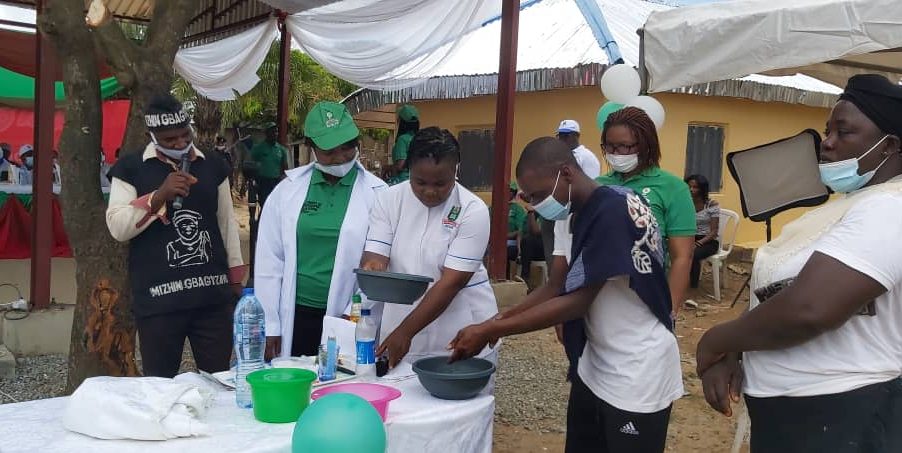 NOUN’s Vice Chancellor, Prof. Olufemi Peters, said that cholera had become a worrisome scourge that must be stopped especially with the rising cases of infections and deaths.

Peters, who was represented by the Deputy Vice-Chancellor, Academics, Prof. Uduma Orji, said that the sensitisation was in a bid to help communities in the FCT prevent the scourge of cholera.

READ
Are you Ready to Pay the Price of Success?

The event which had mothers, fathers and children from the community in attendance, taught the residents how to avoid cholera through treatment of water and personal hygiene.

Some of the stakeholders, who made presentations at the sentitisation, harped on the importance of handwashing, drinking clean water, how to identify cholera as well as preparation and use of the Oral Rehydration Therapy (ORT) for emergency aid.

Speaking with the News Agency of Nigeria (NAN), Dr Oluremi Saliu, Ag Head of Department, Environment Health Sciences of NOUN, said that the initiative was one of the projects of the department.

Saliu stressed that with the high transmission of death rate, especially being that the 2021 scourge was a new strain, the sensitisation was more than ever important.

“We want to impact the community here. We have noticed that there is an increase in the scourge of cholera in the FCT.

“This is a typical village within the FCT, where cholera has affected many children and individuals. So, we felt it was important for us to physically come here and discuss with them.

“What we are doing here is to sensitise them and they are quite happy to receive us because they know the disease has been a challenge in this area.

“We are here to spread the fact that cholera can be prevented, In fact, it is not supposed to be heard of in this 21st century,” he said.

She expressed great optimism that the impact and message of the sensitisation would go beyond the community and to other surrounding ones that cholera was preventable and treatable.

According to Saliu, just like cholera, many of the diseases that plague poor people are preventable as all that is required is the knowledge to prevent them.

“You do not have to have millions to be healthy, you can prevent a lot of diseases just by knowledge; the knowledge that you do not defecate anywhere, you can treat your water.

“If you do not have pipe-borne water, we have shown them how to treat water; they can boil the water, they can use safeguard.

“We hope to also do this in other communities within Abuja; We have been trying to see if we can go to about 10 communities.

“This is the flagship, and from what I can see the turnout has been great. We hope that the next ones will be much more impactful,” she said.

Also speaking with NAN, the district head of the Gosa District, Mr Eshuik Nana expressed gratitude to NOUN, the FCTA and other stakeholders for the sensitisation exercise.

Nana, who oversees the Kapnyi-Kpanyi community alongside other communities in Gosa, assured that the message would be taken home to all, including those who were not present at the event.

NAN reports that the visibly elated members of the community entertained attendees with the Gbagyi cultural dance and act. (NAN)